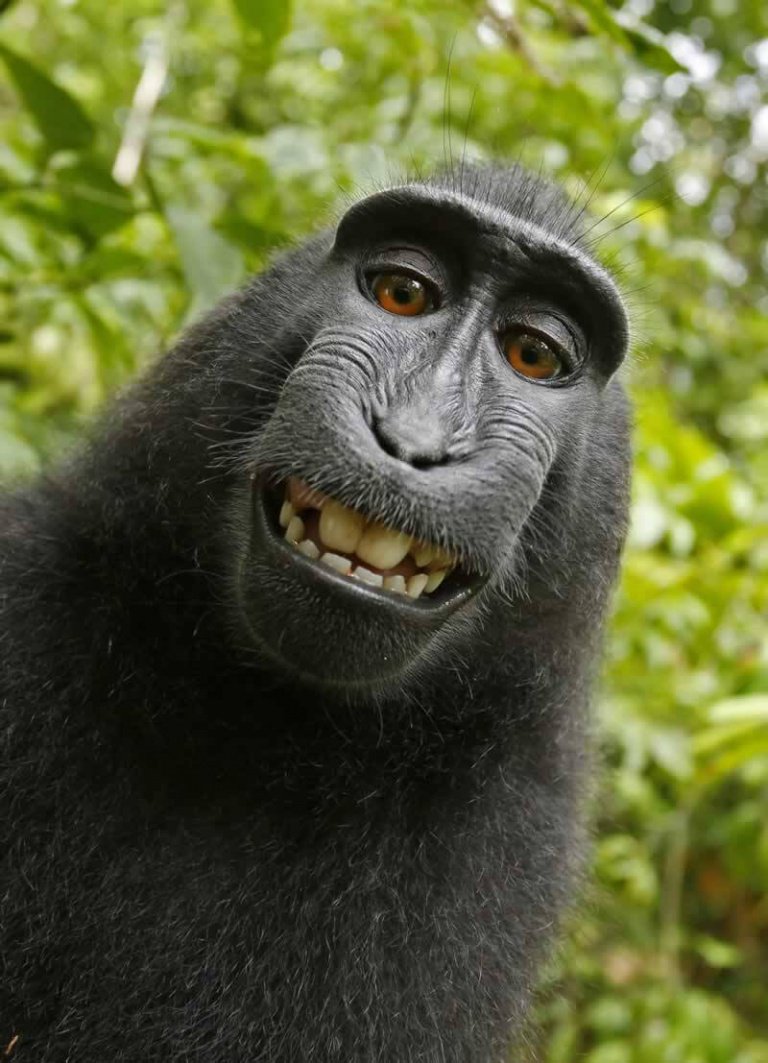 Self portrait by monkey

In 2011 a crested macaque in Indonesia took a selfie using photographer David J. Slater's camera. After Slater claimed copyright of the photo, PETA sued on behalf of the monkey, claiming it was the copyright holder. But in January a federal judge tossed out the lawsuit, ruling that non-human animals are not allowed to own a copyright.

Earlier this week PETA filed an appeal to the United States Court of Appeals for the Ninth Circuit.

“In every practical (and definitional) sense, he is the ‘author’ of the works,” argues PETA, in the appeal brief. “Had the Monkey Selfies been made by a human using Slater’s unattended camera, that human would undisputedly be declared the author and copyright owner of the photographs. Nothing in the Copyright Act limits its application to human authors. … [P]rotection under the Copyright Act does not depend on the humanity of the author, but on the originality of the work itself.”

PETA’s brief also emphasizes that the Copyright Act should be interpreted broadly and was intended to expand to include new forms of expression unknown at the time that it was enacted.

If this lawsuit succeeds, it will be the first time that a nonhuman animal has been declared the owner of property rather than a piece of property himself or herself. It will also be the first time that a right has been extended to a nonhuman animal beyond just the basic necessities of food, shelter, water, and veterinary care. In our view, it is high time.

PETA is seeking the court’s permission to administer and protect Naruto’s copyright in the “monkey selfies,” without compensation, with all proceeds to be used for the benefit of Naruto and his community.