How and why to short Uber 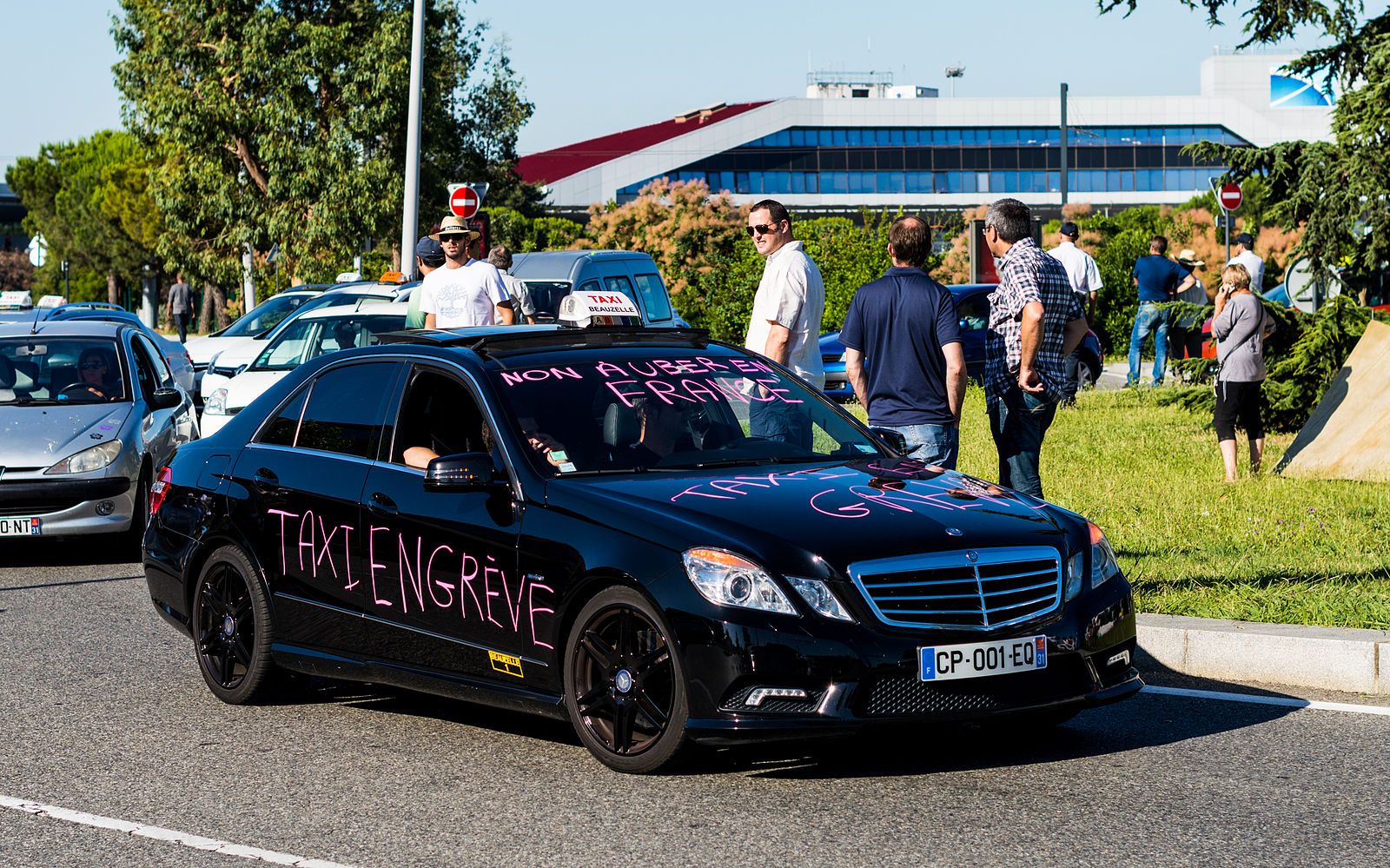 Uber's $62.5B valuation is an utterly speculative bet on a company that can only pay out if many sub-bets pay off: the timely arrival of self-driving cars, widespread adoption of car-sharing (rather than private self-driving car ownership), no effective competition from other hailing companies (including those backed by the car manufactuers), regulatory reform to legalize its practices, and smooth sailing for its massive subprime lending program for its drivers.

Uber will "fail" (in terms of returning value to its investors) if it can't earn enough to justify that whopping valuation. A super-successful, dominant, multi-billion-dollar Uber would still be a failure if the "multi" and the "dominant" weren't gigantically hugely titanic enough.

Uber has raised all its capital on the private market and has even eschewed the private exchanges, making it very hard to short. But it does have one avenue of exposure to short sellers: because it borrowed heavily (as well as selling equity), its debt can be shorted with "naked credit-default swaps" -- these being bets that Uber will default on its loans. Because they're "naked" -- the bets aren't being placed with Uber or its creditors -- the only limit on the size of a short-sell is one's ability to locate risk-takers to take the other side of the bet. Given the near-consensus on Uber's inevitable victory, those counterparties might not be so hard to find.

Yet the target remains so tantalizing. With the Didi Chuxing transaction, Uber has stanched its billion-dollar-a-year bleed of cash in China, but it has continued to spend an equal sum to capture India, along with money for subsidies and price-cutting elsewhere as new rivals arise in Africa, in Europe, and so on. It has also found new ways to deplete its $10 billion war chest—including a reported $500 million and growing to create a proprietary global mapping system to guide its robots. And now Didi, fresh off its victory over Uber in China, is challenging the American firm with a reported plan to invest in Grab, an Uber competitor across Southeast Asia.

Should Uber require another cash raise, these factors plus the doubts expressed by the mutual funds would probably generate resistance to a fresh jump in valuation. Uber would face pressure to accept a “down round,” a valuation below $62.5 billion, perhaps far below. Even then, it is not clear where Uber would turn for its next billions, apart from digging itself deeper into debt, and hiving off more equity to petro-states, Russian oligarchs, local international rivals, or other investors atypical in Silicon Valley.

Some analysts have begun to temper their enthusiasm, scrutinize the substantial complexity of safe, driverless mobility, and suggest that the expectations of ubiquitous robot vehicles could be wildly premature. In a July 28 note to clients, Jonas, the Morgan Stanley analyst, challenged even the moderate view that robot cars will be “the dominant form of vehicular transport” by 2035. He said that conventional cars will keep improving, and that the 1.2 billion-vehicle global fleet may need to turn over several times—to go through the entire, approximately 14-year cycle of manufacture-through-the-scrap-heap—before the world gets there. Mainstream use of these cars might not arrive for many decades, far longer than any reasonable investment outlook.