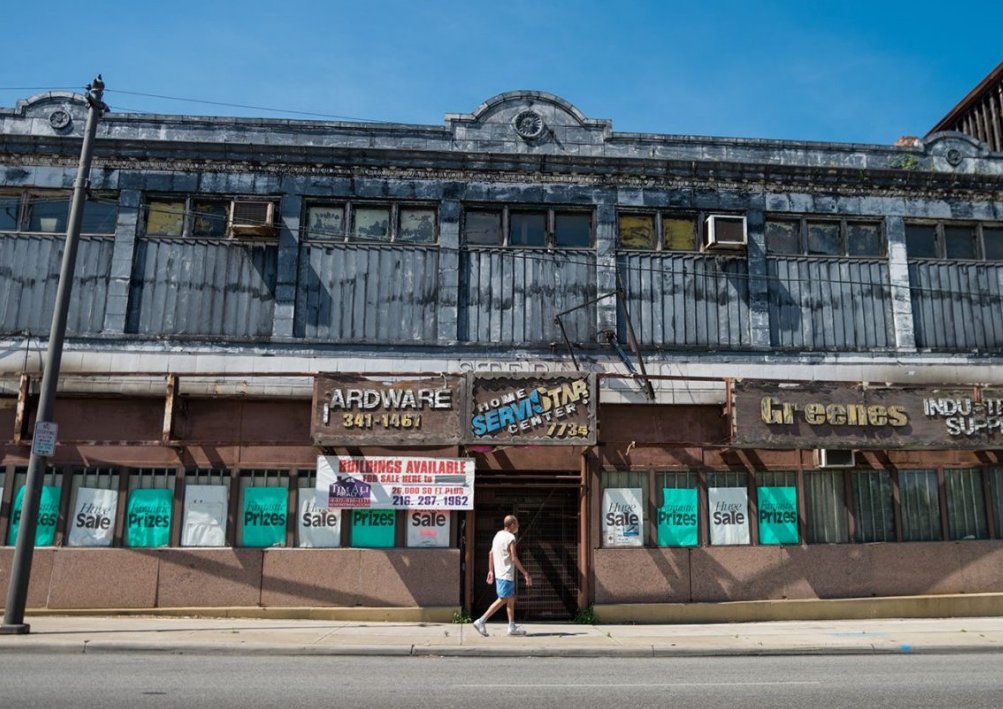 In the 15 years between 1997 and 2012: 72,000 small US manufacturers shut down; as did 108,000 local retailers and 13,000 community banks (fully half of America's complement of small banks!). The number of US startups has dropped by 50% since 1970. These statistics are not the result of the changing times: they're due to massive, monopolistic corporations stacking the deck against small competitors through unfair and corrupt practices, to the detriment of American growth, equality and democracy.

In Monopoly Power and the Decline of Small Business: The Case for Restoring America’s Once Robust Antitrust Policies , Stacy Mitchell from the Institute for Local Self-Reliance details the exact way that monopolistic practices have concentrated wealth in the hands of a small investor class at the expense of entrepreneurs, innovation, and the public they serve -- providing a worse product at a higher price while locking out competitive alternatives.

The pharmacy industry is the poster-child for this phenomenon: the major drug store chains monopolized the distribution of pharmaceutical products, squeezing independent community pharmacies out of business while offering preferential treatment to their own retail outlets. In North Dakota, where this practice is banned, there are more pharmacies per capita than any other state, and these pharmacies have better prices and higher customer satisfaction -- and better health outcomes --than any other state.

The Federal Trade Commission -- which is supposed to prevent this kind of abuse -- insists that there's nothing wrong with America's pharmacy sector.

Mitchell's paper documents parallel phenomena in many sectors: construction, manufacturing, retail, banking... Some categories of goods are now effective monopolies: nearly all coat hangers are made by one company, ditto sunglasses. Two companies make nearly all the packaged goods in your supermarket. Walmart gets 25% of all American retail spending. In response to this phenomenon, the DOJ -- charged with antitrust enforcement -- has simply raised the threshold for the degree of concentration that warrants scrutiny, essentially defining monopolies as competitive markets and then declaring victory in the war on monopolistic practices.

This isn't just a problem for entrepreneurs and communities: it's a problem for democracy. The bigger a firm is, the more profits it can afford to lobby for special treatment by Congress and state and local governments. Beginning in the Reagan era, enforcement against monopolies fell while their profits and political spending rose. There followed a string of monopoly-friendly laws and regulation -- and a downsizing of the American middle class and American prosperity.


Mitchell's report is one chapter in The American Antitrust Institute's essential Report on Antitrust and Entrepreneurship, an ongoing series that goes rather a long way to explaining how America's politics and economy got to their current state -- and what we can do about them.

This report presents three compelling reasons to bring a commitment to fair and open markets for small businesses back into antitrust enforcement and public policy more broadly:

1. Small businesses deliver distinct consumer and market benefits, and in some sectors provide more value and better outcomes than their bigger competitors. And they often achieve these superior results because of their small scale, not in spite of it.


2. An economy populated by many small, independent businesses produces a more equitable distribution of income and opportunity, creates more jobs, and supports an expansive middle class.

3. Small-scale enterprise is compatible with democracy, while concentrated economic power threatens our liberty and our ability to be a self-governing people.

To restore competition and America’s entrepreneurial tradition, we can draw on our own rich antimonopoly history. In the late 19th and early 20th centuries, reformers enacted policies to break up concentrated power and ensure a level playing field for small businesses. These laws are still on the books, and the principles they embody are still relevant. With a fresh look at how we enforce them, these policies can go a long way toward reviving competition and small business. This report concludes by outlining several specific steps for doing so.

Monopoly Power and the Decline of Small Business: The Case for Restoring America’s Once Robust Antitrust Policies
[Stacy Mitchell/Institute for Local Self-Reliance]