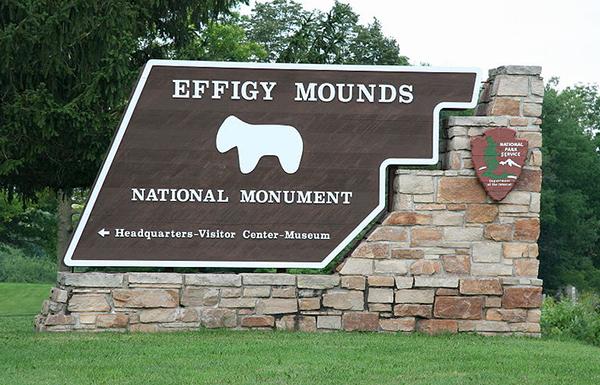 The timeline reads like testimony from the 1973 Senate Watergate Hearings, with letters, phone conversations and in-person meetings being documented between park administration, the Office of the State Archaeologist, the Midwest Archeological Center and the Midwest Regional Office of the National Park Service. Boiled down to its essential elements, the timeline sounds more like a government version of the Abbott and Costello routine “Who’s on first?”

Seems like the kind of mystery the Scooby gang would solve.

Magnet fishing, or the art of dropping a magnet into deep water with a rope attached to it, is almost as compelling to watch as drain clearing! These intrepid archaeologists seem pretty satisfied they’ve found Hernán Cortés lost brake shoe.

Hobby Lobby’s President Steve Green was part of a conspiracy to steal a lot of irreplaceable antiquities. The stolen artifacts have now been returned to the Iraqi Government. Mr. Green is suffering as a devout Christian does, before his God and no one else. Via CBS: Thousands of ancient clay tablets, seals and other Iraqi […]

“Technoheritage” is the movement to preserve vulnerable history through digitization: making detailed scans of precious places, objects and works from which they can be recovered if they are destroyed by war, climate, or other disaster.