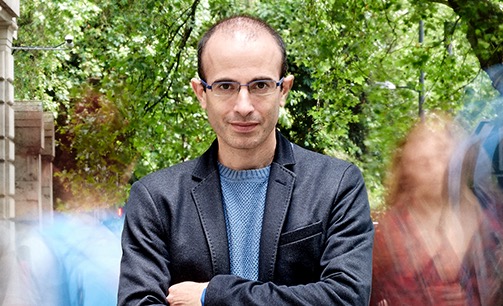 One of my favorite books last year (and this year, because I'm re-reading it) was Yuval Noah Harari's Sapiens: A Brief History of Humankind, an immensely readable history of the myths humans have invented in order to survive in tribes of millions and billions of people. Those myths include religion, money, politics, corporations, laws, and morality.

Harari's follow-up book is, Homo Deus: A Brief History of Tomorrow, and will be released in February 2017. David Runciman of the Guardian got an advance reader's copy and reviewed it.

The evidence of our power is everywhere: we have not simply conquered nature but have also begun to defeat humanity’s own worst enemies. War is increasingly obsolete; famine is rare; disease is on the retreat around the world. We have achieved these triumphs by building ever more complex networks that treat human beings as units of information. Evolutionary science teaches us that, in one sense, we are nothing but data-processing machines: we too are algorithms. By manipulating the data we can exercise mastery over our fate. The trouble is that other algorithms – the ones that we have built – can do it far more efficiently than we can. That’s what Harari means by the “uncoupling” of intelligence and consciousness. The project of modernity was built on the idea that individual human beings are the source of meaning as well as power. We are meant to be the ones who decide what happens to us: as voters, as consumers, as lovers. But that’s not true any more. We are what gives networks their power: they use our ideas of meaning to determine what will happen to us.

I’m coming late to this one, because it was posted last year — but hey, better late than never: Behold this fascinating set of Pricenomics graphics about what types of objects Americans pawn. One thing that jumps out in the data? Apple products dominate the realm of pawning. Here’s the chart: Basically, Apple products are […]