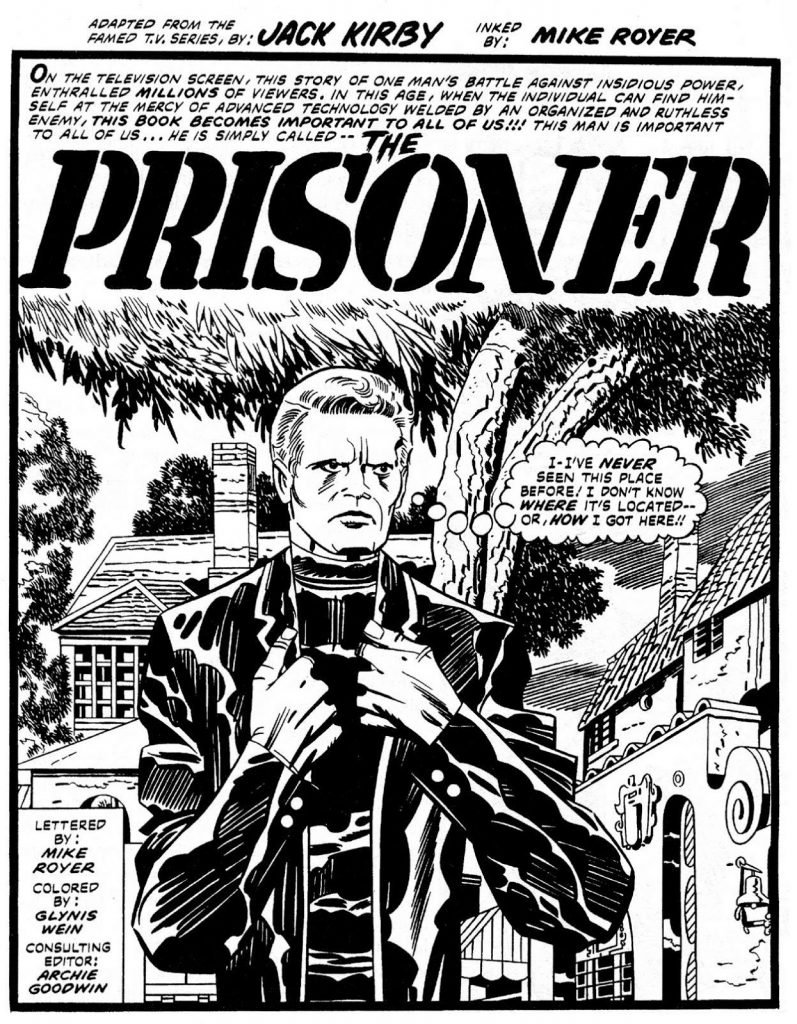 Forces of Geek has unearthed an amazing gem. To introduce it, they write:

In the March 21st, Entertainment Weekly ran an article called In Search of Pop Culture’s Holy Grails, listing, “some hallowed projects (that) evade(d) our grasp. A guide to our great white whales.” Over two dozen, “lost” projects are listed.

But in the FOG! world of pop culture, not everything is lost. So, in the coming weeks, we’re going to uncover a number of those projects, including our first, Jack Kirby’s The Prisoner, which EW describes as, “a comic based on the gonzo sci-fi show. Kirby never finished issue No. 1.”

Read the rest of the issue here. And, as FOG points out, it appears that the issue was actually complete, except for some final lettering and inking by Mike Royer.