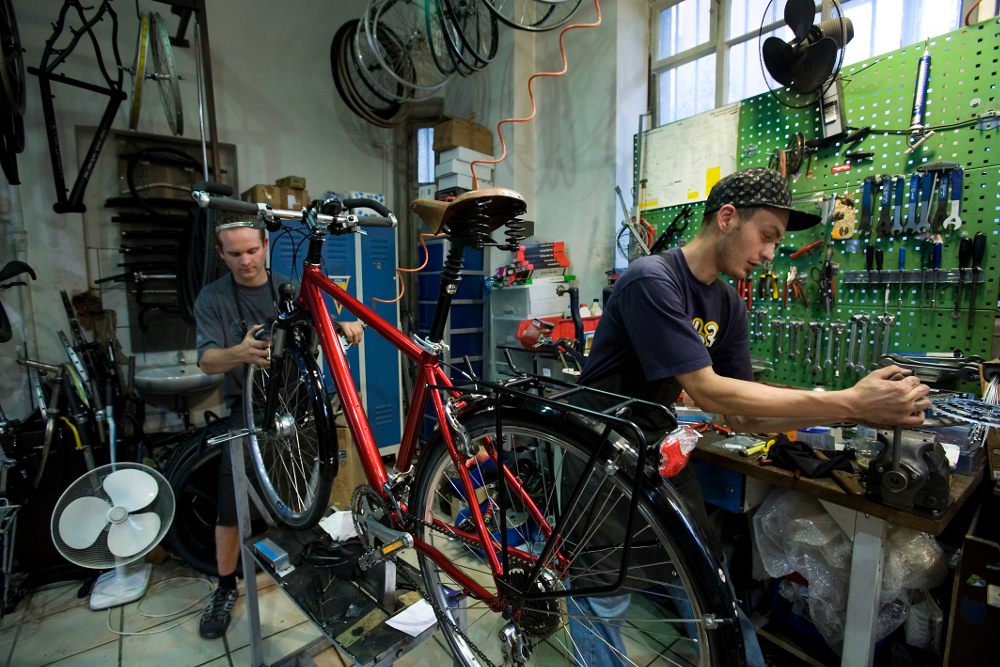 In Sweden a legislative proposal will let repair shops will charge lower sales-tax, and allow people who repair their appliances and bicycles be to write off their expenditures.

It's very good policy: in the USA service and repair is 3-4% of the GDP, and it's intrinsically local (you don't usually send your phone or car offshore for repairs). The companies that do the repairs are small/medium enterprises that produce good, middle-class livelihoods for everyday people who provide a service that significantly improves their neighbors' lives.

But there are some significant structural impediments to repairs, notably the proliferation of "digital rights management" into anything that has software in it, from cars to tractors to phones to insulin pumps. Manufacturers design these devices so that you have to break the DRM to diagnose or fix the device, and then invoke laws like Section 1201 of the US Digital Millennium Copyright Act or EU laws that implement Article 6 of the EUCD, which criminalize breaking DRM, even for legal reasons, in order to monopolize their service and parts channel.

In the USA, states have tried, and mostly failed, to pass "Right to Repair" bills that legalized fixing your stuff, because there's a lot of surplus capital generated by owning the service channel that can be diverted to pwning the legislative process. Those same firms are likely to fight the Swedish law, but I don't know enough about Swedish politics to handicap the bill's chances.

"We believe that this could substantially lower the cost and so make it more rational economic behaviour to repair your goods," said Per Bolund, Sweden's minister for financial markets and consumer affairs and one of six Green party cabinet members.

Bolund has been a key figure in driving through the new incentives. He estimates that the VAT cut will reduce the cost of a repair worth 400 SEK (£36) by about 50 SEK, enough to stimulate the repair industry in Sweden.

He hopes the tax break on appliances will spur the creation of a new home-repairs service industry, providing much-needed jobs for new immigrants who lack formal education.

The incentives are part of a shift in government focus from reducing carbon emissions produced domestically to reducing emissions tied to goods produced elsewhere.

Waste not want not: Sweden to give tax breaks for repairs
[Richard Orange/The Guardian]