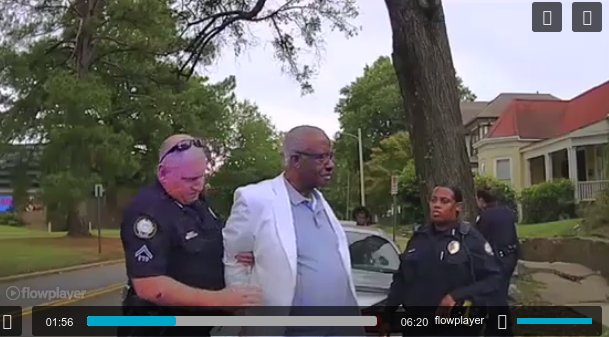 Officer Jeff Thompson of the Little Rock Police Department arrested Arkansas state Representative John Walker for recording their treatment of a black man who had been put in handcuffs during a traffic stop.

Officer Thompson told Rep Walker he had to stop recording or face arrest. Rep Walker said, "Arrest me." Officer Thompson did. Police later dropped charges against Rep Walker, but are continuing with the prosecution of his colleague, civil rights lawyer Omavi Shukur.

Arrest for filming are actually becoming less common, said Jay Stanley, senior policy analyst at the ACLU. “The long time that it took police officers to recognize this right was in many ways an indictment of police management. It also shows that photography is a form of power,” he told the Intercept.