How Russia trolled the USA 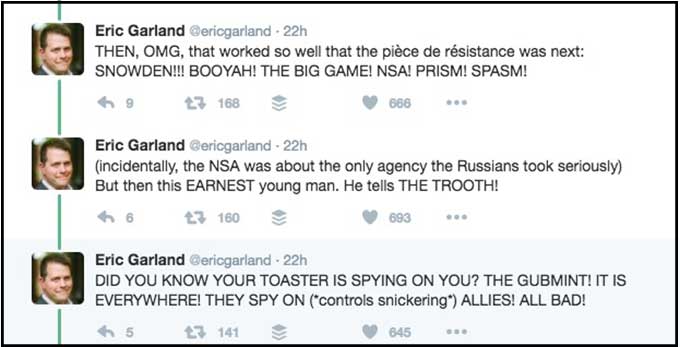 Last night Eric Garland, a strategic analyst for businesses and government agencies, posted an epic Twitter rant explaining How We Got to Where We Are. It stars Putin, Snowden, Manning, Trump, Cheney, Limbaugh, and the American people

The Chinese government “fabricates and posts about 448 million social media comments a year,” according to a study conducted by researchers at Harvard, Stanford, and the University of California San Diego. The Chinese government has long been suspected of hiring as many as 2,000,000 people to surreptitiously insert huge numbers of pseudonymous and other deceptive […]