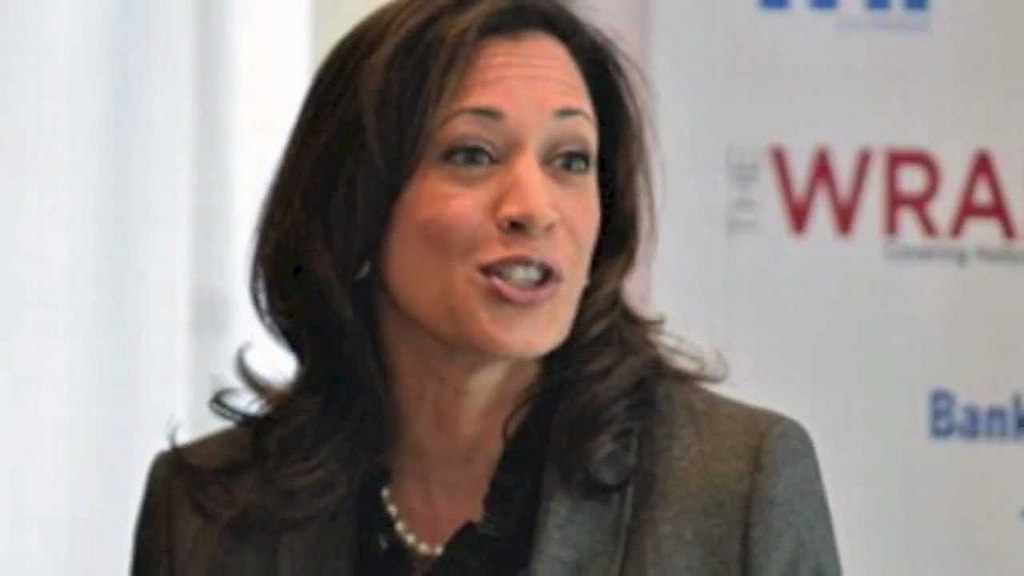 Kamala Harris was just sworn in as a senator from California, but her last gig was as California's Attorney General, and in that role, she decided not to prosecute Trump Treasury Secretary pick Steve Mnuchin, whom her office had identified as presiding over "widespread misconduct" in foreclosing on Californians -- that is, stealing their houses.

Harris's campaign received large donations from Mnuchin and from shareholders in Onewest, the crooked bank that Mnuchin ran.

After a leaked memo from Harris's office showed that her staff believed there was "widespread misconduct," The Hill asked Harris why she didn't take action. She had no explanation, apart from, "It’s a decision my office made" and "We pursued it just like any other case. We go and we take a case wherever the facts lead us."

Mnuchin's bank ordered its contractors not to comply with California subpoenas about its foreclosure mills.

Note that Harris is a Democrat.

Three groups — the Rootstrikers project at Demand Progress, the Center for Popular Democracy’s Fed Up Campaign, and the California Reinvestment Coalition – have called for a delay of Mnuchin’s confirmation hearing until he publicly discloses all settlements and lawsuits OneWest has faced from its foreclosure-related activities, responds fully to all questions submitted by members of the Senate Finance Committee, and publicly discloses his role in obstructing the California attorney general investigation, or any others.

The California Reinvestment Coalition followed that up on Thursday by asking OneWest to release the obstructed evidence, which involved loan files held by a third party then known as Lender Processing Services (it’s now called Black Knight Financial Services). “That’s something the Senate Finance Committee should ask him for, prior to scheduling their hearing with him,” said Paulina Gonzalez, executive director of the California Reinvestment Coalition.