Bizarre and outlandish gadgets and doohickeys 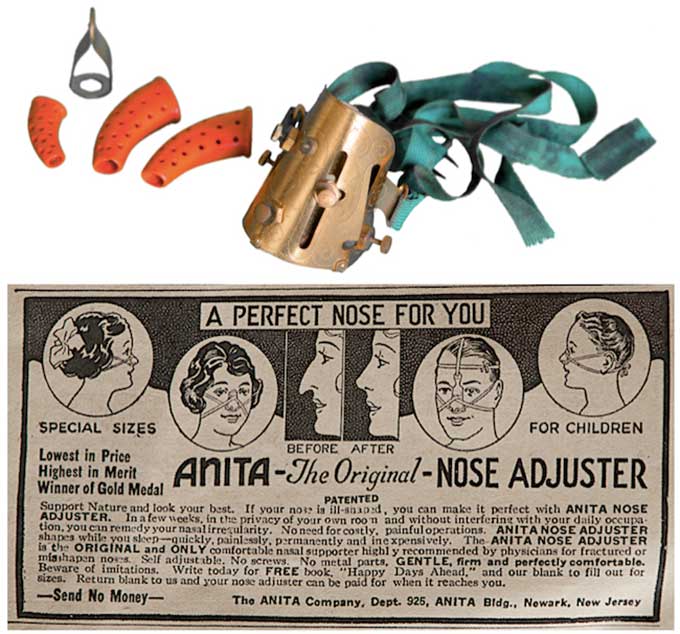 Maurice Collins has written a terrific new book about his collection of bizarre and outlandish gadgets and doohickeys called — wait for it — Bizarre & Outlandish Gadgets & Doohickeys. It’s a wonderful collection of objects made between 1851 and 1951 by what you might call early disruptors. Recently, I spoke to Collins to find out how he got started in this curious collecting realm, and asked him to point out some of his favorite pieces.

The Memorandum Clock is not an especially disruptive piece of technology, unless, of course, you’re a customer in one of those houses of ill repute. It’s just a timepiece, you might say, whose time was up. For a better example of attempted disruption, as well as good old-fashioned charlatanism, Collins directs my attention to the “Anita” Nose Shaper, which, he tells me, was “the ultimate in nasal quackery.” The Memorandum Clock, he notes with some pride, is an English item. “This is American,” Collins says of the Nose Shaper, with just a trace of judgment in his voice.

According to an advertisement for the device, the cure for “nasal irregularity” is as easy as strapping on the nose adjuster before bed—“No need for costly, painful operations,” promises the advertising copy. In a few short weeks, your ugly nose will be as cute as a button. “What a con,” Collins huffs, “quackery to the Nth degree.”