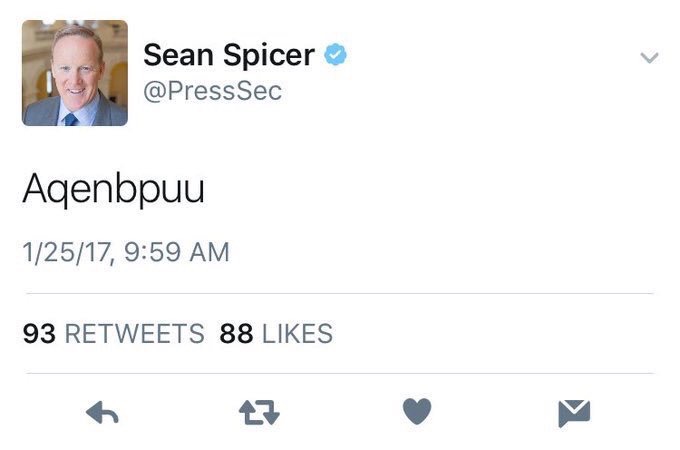 Anyone wanna take a guess at what "aqenbpuu" is an acronym for?

With any luck, @PressSec has two-factor authentication and President Trump’s use of his Android phone is limited to Twitter posts (though a staffer still occasionally posts for him from an iPhone). Unfortunately, it does not appear that the new Trump @POTUS account is thus secured—as recently as last night, the account was only tied to the Gmail account of Trump’s social media chief Dan Scavino (dscavino@gmail.com) for password reset links. The same goes for Spicer’s @PressSec handle. The account for Vice President Michael Pence was separately tied to vicepresident2017@gmail.com, according to the hacker known as WauchulaGhost. (WauchulaGhost has previously claimed responsibility for taking over a number of ISIS accounts, and he told CNN about Pence's situation on January 24.)