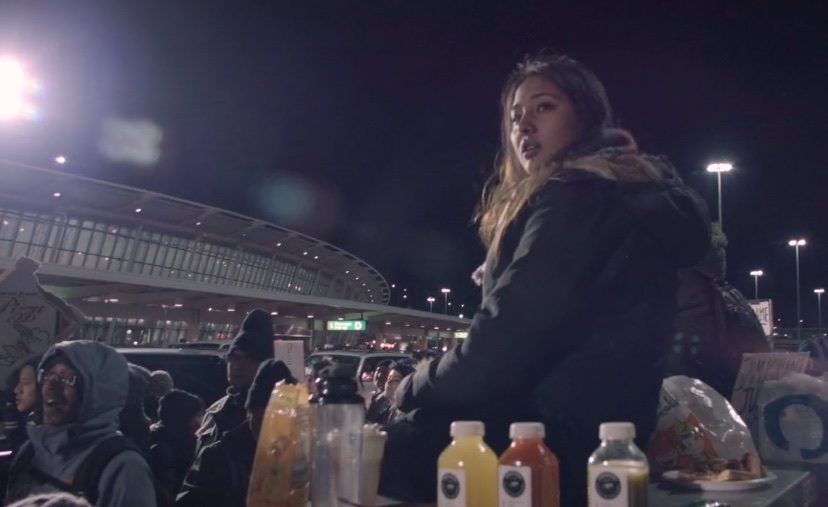 “I was threatened with arrest for filming this 3 minute short documentary film about @nobanjfk lawyers at NYC JFK airport on Sunday,” says filmmaker Aaron Stewart-Ahn.

Aaron wasn't the only one to report harassment, intimidation, and threat of arrest for photographing, filming or recording audio of the massive protests at this airport and others, as travelers officials scrambled to come to grips with Trump's sneak attack executive order.

Have just been ejected from JFK Terminal 4!while trying to interview families waiting for loved ones