Listen to these elevators having a conversation with a computer 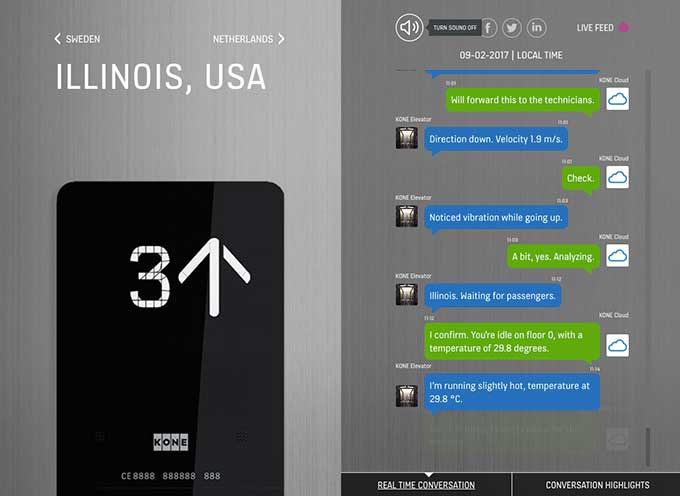 Here's a live feed of Kone elevators around the world having an English language conversation with a computer system that analyzes the elevators' reports about their temperature, ride time, landing accuracy, vibration, etc. I can't wait for the graphic novel adaptation.

Researchers at Carnegie Mellon have come up with this new IoT Assistant app (available for both iOS and Android) that will supposedly inform you about what Internet-connected smart devices are around you at any point in time, and what kind of information they might be collecting. "Because of new laws like the General Data Protection Regulation (GDPR) […]

MIT researchers outfitted a baby diaper with an RFID tag that emits a wireless signal when the surrounding material gets wet. The wetness "sensor" is actually a type of hydrogel that's commonly found in diapers to absorb liquid. As the hydrogel gets wet, it swells and its conductivity increases, triggering the RFID tag. The RFID […]