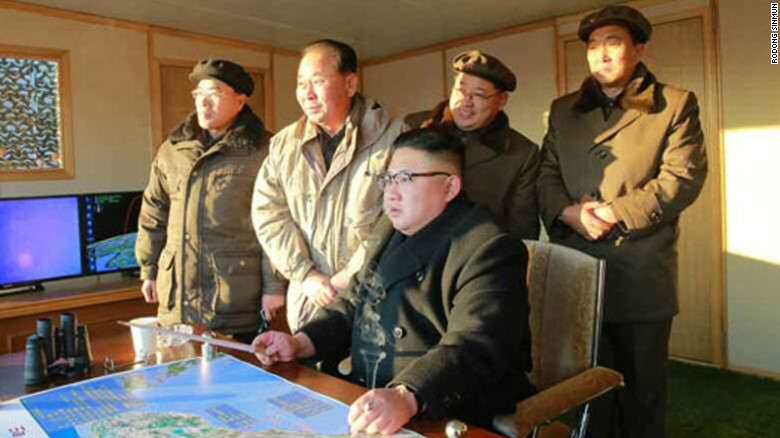 After a day of engaging in the most irresponsible activity a president can undertake (according to Donald Trump, anyway), President Trump and Japanese Prime Minister Shinzo Abe went to the Mar A Lago dining room with Steve Bannon and Michael Flynn, when Trump got a phone call about North Korea's missile tests.

It may not be illegal for the president to receive a sensitive security briefing about an enemy missile-launch in a public space surrounded by unvetted third parties, but if so, that's because no one ever dreamed that someone would be stupid enough to do so.

… Trump’s National Security Adviser Michael Flynn and chief strategist Steve Bannon left their seats to huddle closer to Trump as documents were produced and phone calls were placed to officials in Washington and Tokyo.

The patio was lit only with candles and moonlight, so aides used the camera lights on their phones to help the stone-faced Trump and Abe read through the documents.

Even as a flurry of advisers and translators descended upon the table carrying papers and phones for their bosses to consult, dinner itself proceeded apace. Waiters cleared the wedge salads and brought along the main course as Trump and Abe continued consulting with aides.