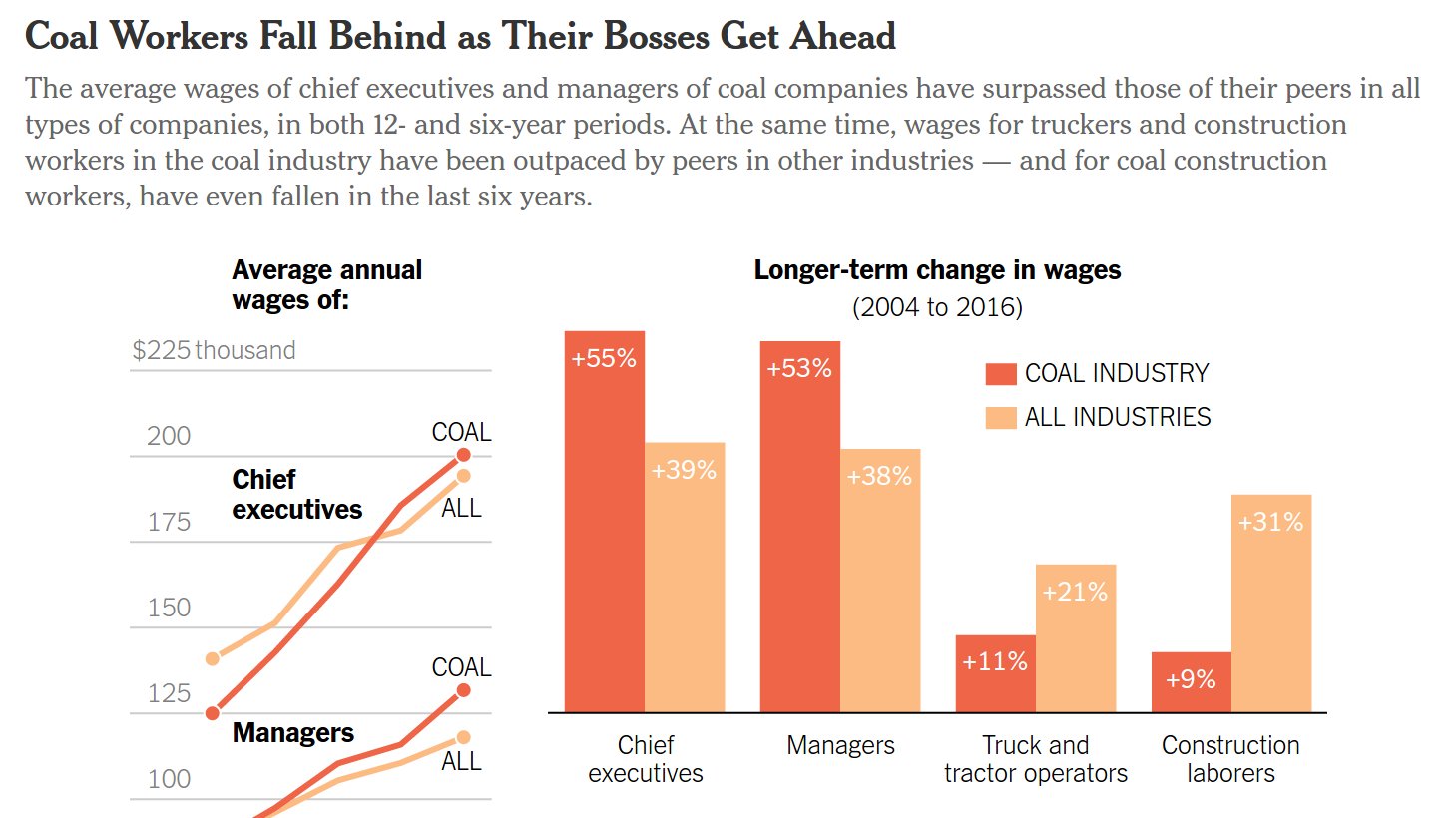 The coal CEOs who are leading their companies to bankruptcy are pocketing multimillion-dollar bonuses, with average coal exec wages rising five times as fast as wages for miners since 2004: execs take home an average of $200K (up 60%!) while tractor/truck drivers average $43,770 (up 15%, a real-terms pay-cut) and mining construction workers average $31,470 (up 11%, another real-terms cut).

Pay for chief executives in the coal industry also grew much faster, on average, than that of their counterparts across the wider economy, while the average pay for coal industry construction workers failed to keep up with similar jobs in other fields. The data excludes bonuses, share options and other perks, which often inflate executive compensation — and the pay gap — many times more. Mr. Kellow's stock options in the last year, for example, are worth almost 350 times what a typical coal truck and tractor operator makes in a year…

But just 2.5 percent of coal mining jobs were unionized in 2016, compared with over 40 percent two decades ago, according to Unionstats, a census-based database.

Instead, many coal miners now compete for temporary jobs, which pay by the hour and offer few benefits. An online posting for an underground coal miner job in Waynesburg, Pa., offered as little as $17 an hour.

Coal Jobs Prove Lucrative, but Not for Those in the Mines
[Hiroko Tabuchi/New York Times]