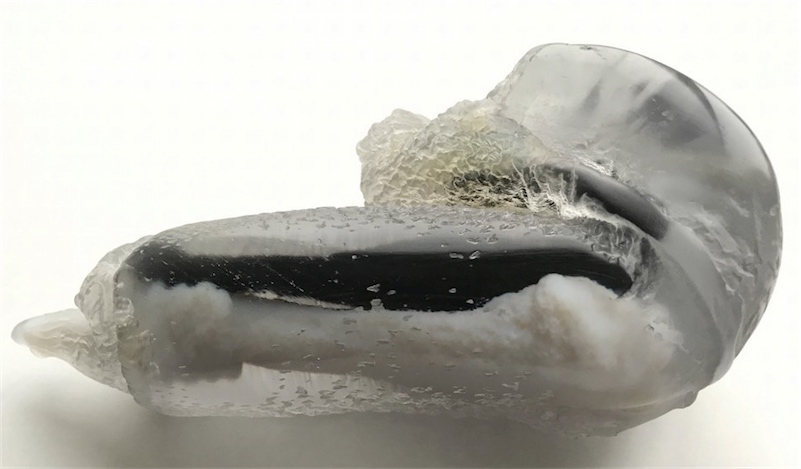 Sometimes, in the course of his work, University of Florida molecular geneticist Martin Cohn must travel with unusual items like a 3D-printed mouse penis. Similarly, University of Massachusetts biologist Diane Kelly totes around anatomical models like a mold of a dolphin vagina. They're not alone in the odd science-related items they must fly with, from bottles of monkey piss to a stash of 5,000-year-old human bones. At The Atlantic, Ed Yong explores what happens when objects of science meet airport security:

The TSA once stopped Michael Polito, an Antarctic researcher from Louisiana State University, because his bag contained 50 vials of white powder. When he explained that the powder was freeze-dried Antarctic fur seal milk, he got a mixed reaction. “Some officers just wanted to just wave me on,” he says. “Others wanted me to stay and answer their questions, like: How do you milk a fur seal? I was almost late for my flight.”


Airport security lines, it turns out, are a fantastic venue for scientists to try their hand at outreach. Various scientists are said to have claimed that you don’t really understand something if you can’t explain it to your grandmother, a barmaid, a six-year-old, and other such sexist or ageist variants. But how about this: can you successfully explain it to an TSA official—someone who not only might have no background in science, but also strongly suspects that you might be a national security threat? Can you justify your research in the face of questions like “What are you doing?” or “Why are you doing it?” or “Why are you taking that onto a plane?”


Cohn did pretty well to the four assembled TSA agents who started quizzing him about his mouse penis. They noticed that the translucent object had a white tube inside it, and asked if it was a bone. It was indeed—the baculum. “I explained to them that most other mammals have a bone in the penis and humans have lost them,” says Cohn. “I do outreach at the drop of a hat, and I’m ready to teach a bit of evolution to the TSA if they’re interested. And they were freaking out.”