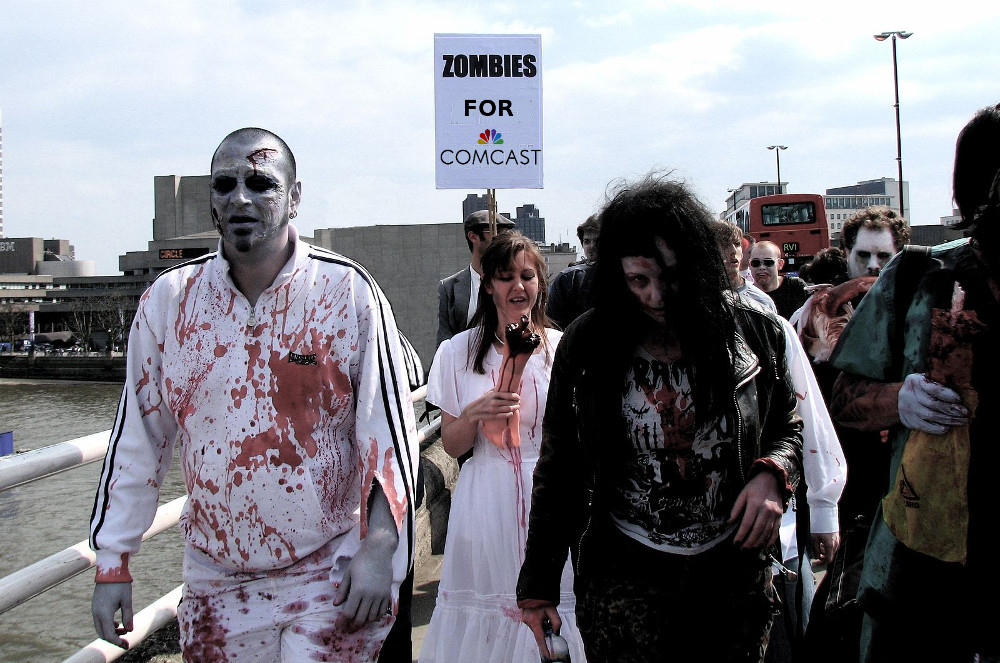 Half a million fake, identical anti-Net Neutrality comments were posted on the FCC's docket on killing Net Neutrality, using identities that appear to have been stolen from a voter registration breach.

The FCC says it will not discard these comments and Comcast is so desperate to stop people from finding out whether their identities were forged in one of the comments that it committed copyfraud to shut down a site that helped them do just that.


Fight for the Future continues to do excellent work on this, investigating the real identities (and views on Net Neutrality) of the people named in the comments. Their latest findings include the discovery that many of the alleged commenters are dead, and others firmly support Net Neutrality.

The text from the boilerplate fake comments appears to be drawn from a 2010 press release from a conservative, anti-net neutrality group called Center for Individual Freedom. Others suspect that the telecom lobby American Commitment, which used misleading emails to solicit nearly 2 million anti-net neutrality comments in 2014, may be behind the fraudulent comments.

In any case, the FCC hasn't yet suggested that it will conduct an investigation into the alleged astroturfing. In light of this hands off approach, fourteen victims of the fake comments signed a strongly worded letter to Pai calling for the chairman to disclose any information the agency has about the group behind these comments, launch an investigation into the legality of posting these comments, and notify everyone who may have been impacted by the attack.