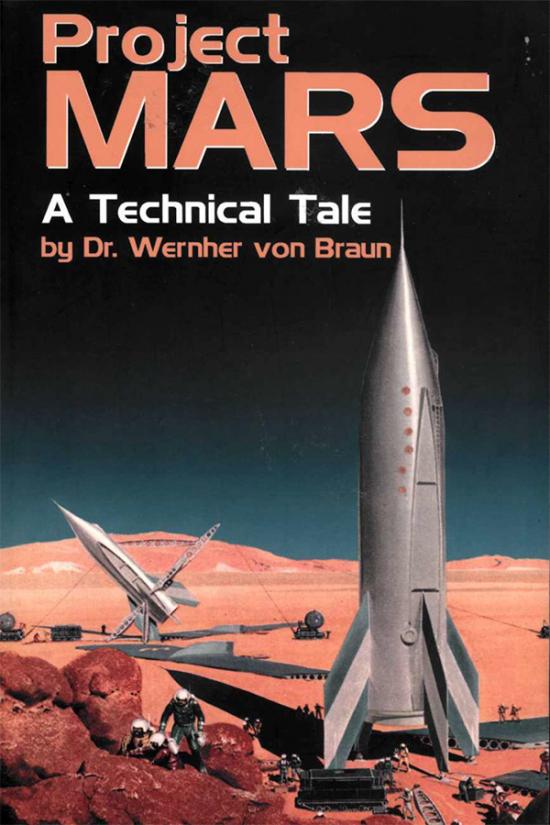 In 1949, pioneering rocket scientist (and Nazi) Wernher von Braun penned a science fiction story called "Project Mars: A Technical Tale" about a human migration to Mars in the 1980s. Turns out though that Mars is already populated by an indigenous civilization led by a government official given the title of... Elon. You'll recall that last year Elon Musk, who is leading the commercial space industry with SpaceX, is very focused on Mars habitation, suggesting we need to get one million people there over the next 50 years. I wonder if Elon is there waiting for Elon. From Project Mars (aka The Mars Project):

The Martian government was directed by ten men, the leader of whom was elected by universal suffrage for five years and entitled "Elon." Two houses of Parliament enacted the laws to be administered by the Elon and his cabinet.


The Upper House was called the Council of the Elders and was limited to a membership of 60 persons, each being appointed for life by the Elon as vacancies occurred by death. In principle, the method was not unlike that by which the College of Cardinals of the Roman Catholic Church is appointed. Usually the Elon chose historians, churchmen, former cabinet members or successful economic leaders who could offer lifetimes of valuable experience.

"'WTF? This 1949 Science Fiction Novel by a Legendary Rocket Designer Names the Leader of Martian Civilization as 'Elon'" (Daily Grail)