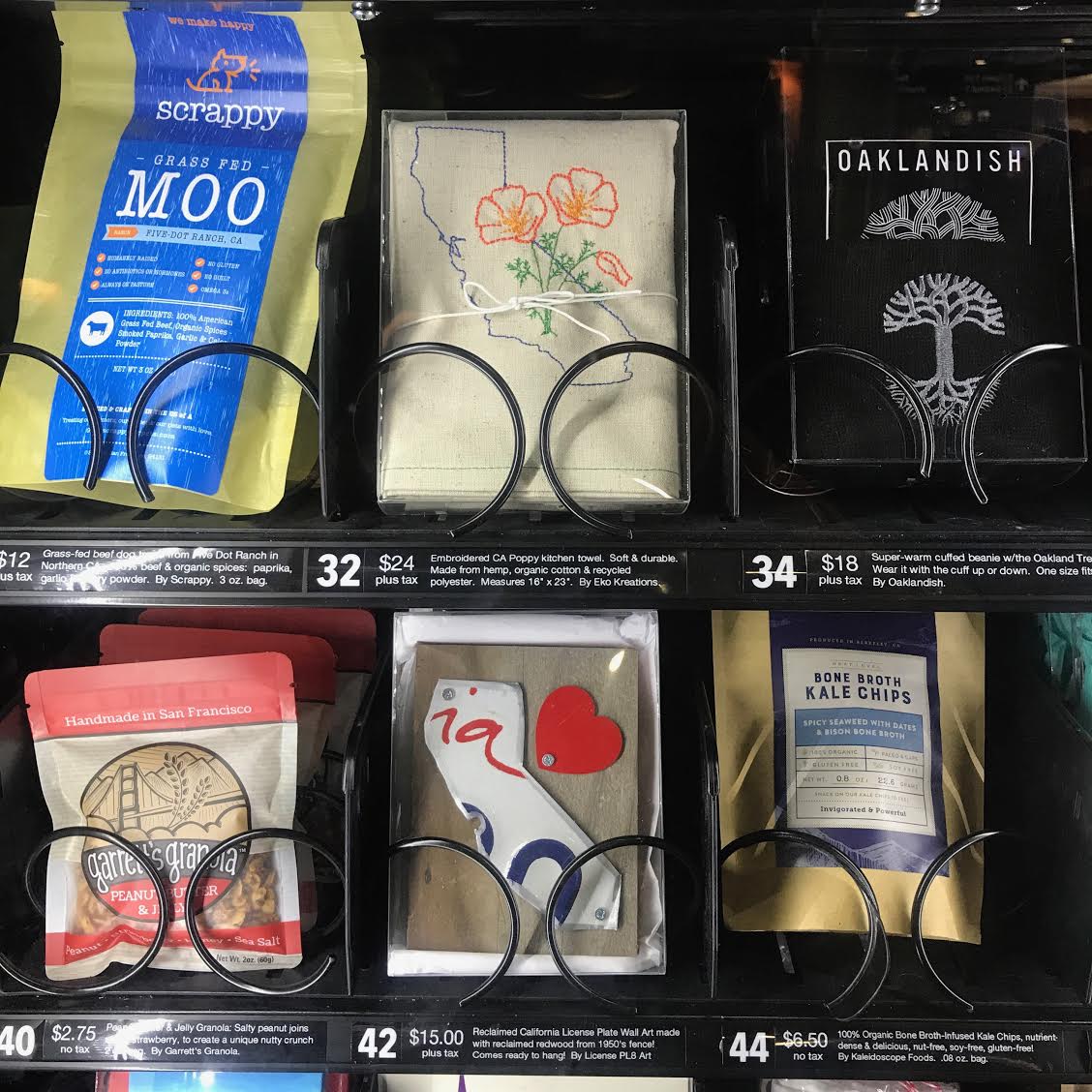 Want a quick cultural glimpse of the current vibe in SF Bay Area? Take a peek at the contents of this artsy souvenir vending machine my pal Jessica Nguyen spotted at the Oakland Airport.

Whoever curated this thing really has their finger on the pulse of the Bay Area. Though, it is a little like playing a game of "Find the precious hipster marketing buzzwords."

I spy (from top to bottom, left to right):

The company behind the this little beauty is called souveNEAR and they've got machines in Kansas City and in San Francisco, as well as in Oakland.