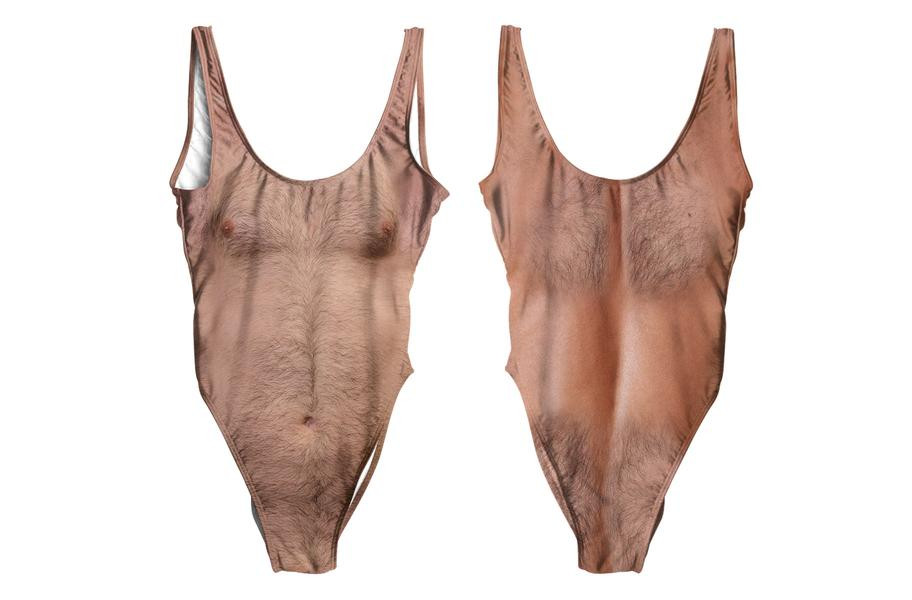 Female-identified people, do you resent conventions related to swimming, the covering of breasts, the removal of hair and the possession of junk? Beloved's $45 Sexy Chest swimsuit may be just the thing! (via JWZ)

fashion / gender / gift guide / i was a 98 pound weakling