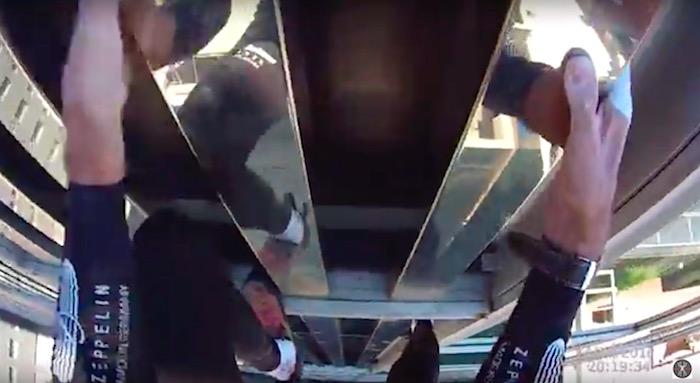 According to AP News:

He was questioned by police on reaching the top, but was released without charge.

The free climber has scaled the world's tallest structures, almost always without ropes or harnesses and often without permission. He also gives motivational speeches.

French urban climber Alain Robert, also known as the French Spiderman, climbs to the top floor of a 22-story hotel building in Bucharest October 14, 2011. Robert's climb was part of an advertising campaign for a local electronics retailer. Robert first climbed a building at the age of 12 when he got locked out of […]