What I've been reading - recommended books 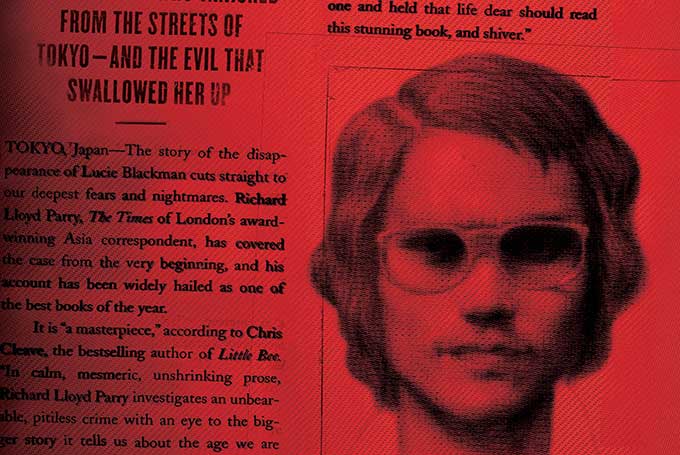 A few days ago Jason Kottke posted his media diet - a list of books and movies he's read and watched recenty. I found some interesting things on his list, which I made a note of. (I keep a running list of media to consume on Workflowy, the best task manager. If I meet you and we chat, chances are good I will pull out my phone and add something we talked about to my list.)

In the spirit of Kottke's media diet list, here are some books that I've read recently and recommend.

People Who Eat Darkness: The True Story of a Young Woman Who Vanished from the Streets of Tokyo -- and the Evil That Swallowed Her Up, by Richard Lloyd Parry. A true crime novel about the disappearence of a young British woman who worked as a hostess in Toyko's Roppongi nightclub district. Her body was found several months later. The most interesting part was the glimpse into Tokyo's criminal justice system, which is very different from the United States'. In Japan, getting a suspect to confess is an essential part of the process, and their legal system almost breaks down when a suspect refuses to confess.

11/22/63: A Novel, by Stephen King. This was my first Stephen King novel, and many people say it's his best work. It's about guy who finds a secret portal to 1958. He enters it through the back of a diner, and no matter how long he is in that past, when he re-enters the present, only a few minutes have elapsed. He is tasked with preventing Oswald from killing JFK. He falls in love with a woman from the past, which complicates things. It's a long book, and I was sorry when I got to the end. (I'd appreciate other recommendations for King novels.)

Memoirs of a Geisha, by Arthur Golden. The author studied Japanese culture at Harvard and Columbia. It's about a woman, who was born in a fishing village and sold by her father to a geisha house in Kyoto and then trained to become a geisha during the first half of the 20th century. It's a page-turning historical romance with rich world building and excellent villains.

This One is Mine, by Maria Semple. I loved Semple's novel, Where'd You Go, Bernadette, so I read her earlier novel about the unhappy wife of a very rich LA record producer. It's a modern day Anna Karenina with lots of great Los Angeles characters. (Fun fact: Maria's father, Lorenzo Semple, Jr. wrote the pilot for the television series Batman.)

A Kiss Before Dying, by Ira Levin. Better known Rosemary's Baby and The Stepford Wives, Levin wrote this psychological thriller about a charming college student killer in 1953. The main character reminded me quite a bit of Tom Ripley, the genteel sociopath in Patricia Highsmith's 1955 novel, The Talented Mr. Ripley. (I just poked around online and it looks like a lot of other readers agree.)

The Code Book: The Science of Secrecy from Ancient Egypt to Quantum Cryptography, by Simon Singh. I've always wanted to understand how cryptography works, and this book did the job. Singh was able to clearly explain how public key encryption works, how Germany's Enigma machine worked and how the British cracked it, how researchers cracked ancient dead languages, the idea behind quantum computers, and much more. This book was so well written and interesting that I read it twice, and want to read it a third time one day. (I feel the same way about Sapiens, by Yuval Noah Harari.)