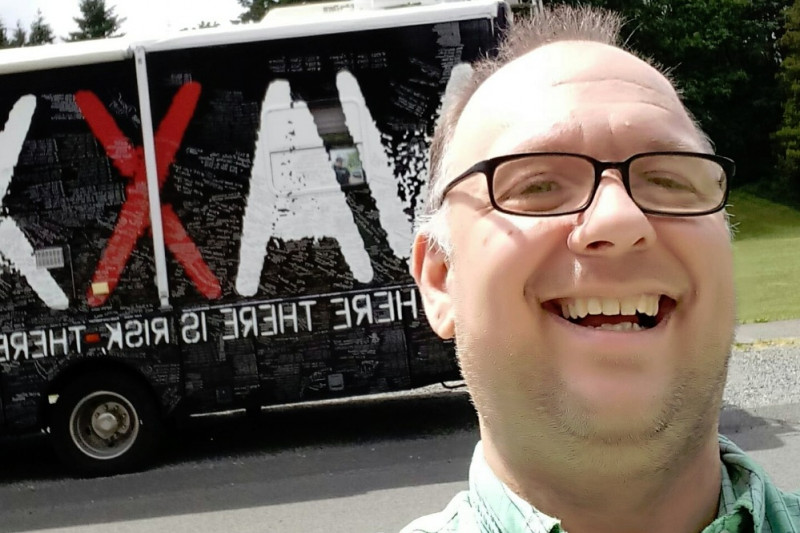 Jack writes, "Craig Egan has been a thorn in the side of the anti-vaccination movement for years. Now he's taking that passion for truth and facts on the road, following the Anti-Vaccination people in the Vaxxed bus. He's crowdfunding the tour and donating excess proceeds to a pro-Vaccination charity."