A tiny Hayes modem for your tiny retro computer 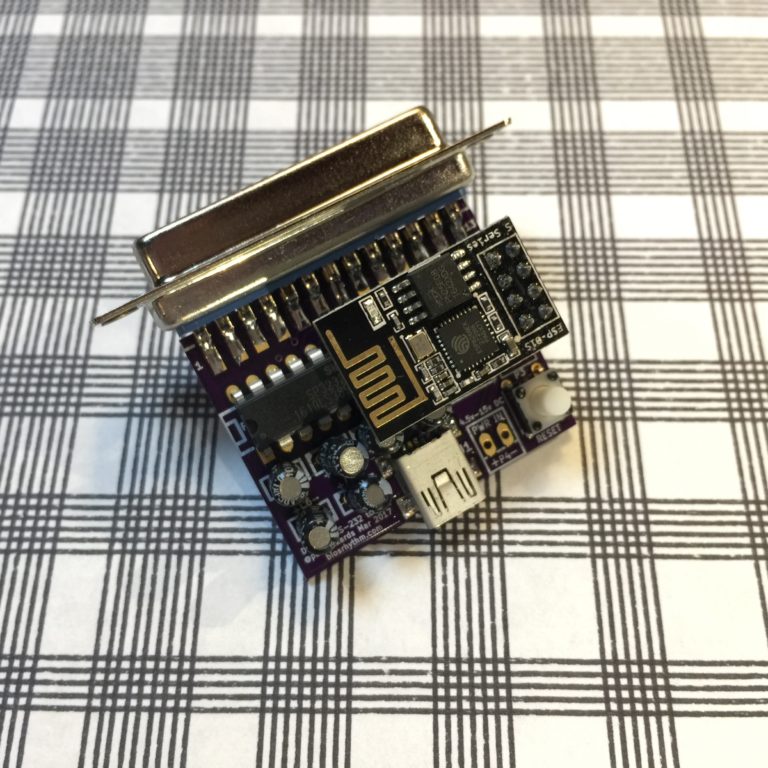 The WiFi232 is a traditional old-timey old-schooley Hayes-compatible 300-115200 baud modem, no wider than its own DB25 port.

Automatically responds with a customizable busy message when already in a call.

The killer app seems to be using it to get internet onto ancient retro portables like the TRS-80 Model 102, but it's been put through its paces on various 16-bit Commodores, Ataris and Apples too. Here's Blake Patterson:

The purpose of the device is to act as a bridge between your serial port and your local WiFi router. It has a 25-pin RS-232 data interface and a Mini-USB connector for power — it should work with any computer sporting a standard serial port.

The WiFi232 is configured by connecting to the device’s built-in web server and loading the configuration page or by issuing extended AT configuration commands. For example,

points the device to your WiFi hotspot. Once things are configured (it supports 300 to 115,200 baud), just load up your favorite terminal program, type:

and the WiFi232 “dials” into that telnet BBS. Your vintage computer thinks its talking on the phone.