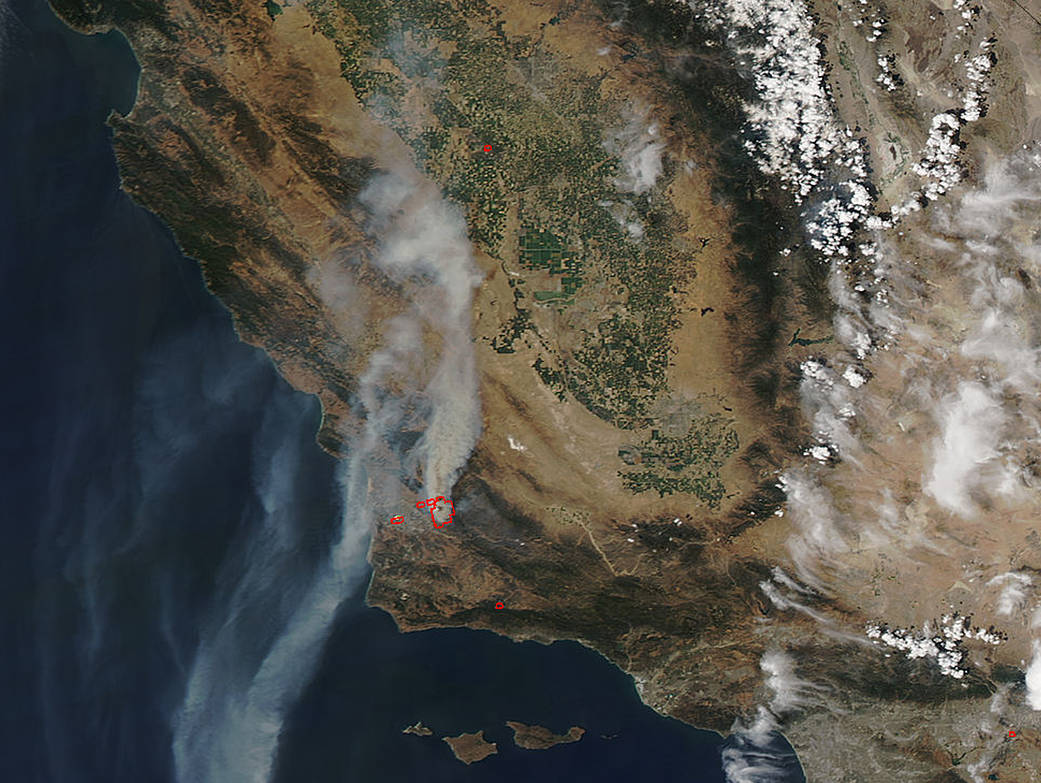 On Sunday, NASA's Earth-monitoring Terra satellite captured this image of a smoke plume from the brutal Alamo Fire blazing in the County of Santa Barbara, California. According to the County, more than 600 firefighters have contained about 45% of the fire that's currently burning across 28,926 acres. It started on July 6.

Last month, the first cookies baked in space returned to Earth. This test of a new oven designed for microgravity aboard the International Space Station was not only a delightful experiment but also an important one. After all, this was the first time astronauts cooked raw ingredients in space. And yes, the ISS did smell […]

With the illustrious name Temporarily Captured Object 2020 CD3, Earth’s new moon might not be entertaining a manned landing at any time in the future. Especially since it’s only a few feet wide. But the tiny sattelite, spotted February 15 with the Catalina Sky Survey in Arizona, is something to celebrate all the same. Our […]