Today is Net Neutrality day: melt every phone in DC! 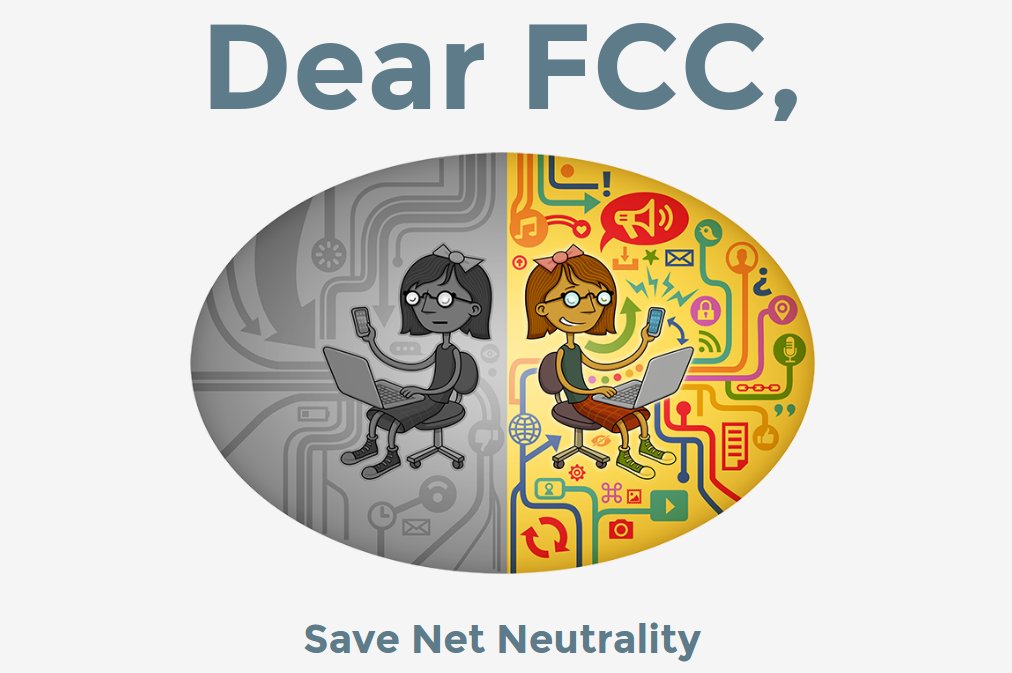 It's the US national day to save Net Neutrality: the day when we phone, tweet, email, and show up in person at every congresscritter, senator and FCC Commisioner's office to demand a free, fair and open internet, where the big phone and cable companies don't get to demand bribes from the services you use for delivering them to you.

You buy internet access because you want to access the sites you want. Your ISP -- in America, that's almost certainly a phone monopoly or a cable monopoly -- wants the right to slow down traffic from the sites you love unless they bid against deep-pocketed giants for access to you. In other words, they want to get paid by you to access the net, and paid by the net for access to you.


This became illegal a year ago, when the FCC under former Chairman Tom Wheeler enacted "Title II" rules for ISPs, saying they couldn't discriminate against online services that hadn't paid them bribes. But Donald Trump's FCC Chairman pick, Ajit Pai -- a former cable lobbyist -- has declared his intention to roll back Title II, allowing monopolistic ISPs to pick the winners and losers for the whole American internet.

Today, we put a stop to it. EFF's Dear FCC tool will send a letter to the FCC about this, and Battle for the Net's widget will also send a letter to Congress, then let you call up Congresspeople and Senators to let their staffers know where you stand. I made 20 phone calls this morning. It felt great.

Chairman Pai and the ISP lobbyists say they don't want to "regulate" telcoms, but telcoms are nothing but regulation: without the government rules that grant them access to rights of way in and between America's cities and towns, telcoms companies would have to pay for every square foot of sidewalk they dug up, every mile of railroad track they wanted to run conduit next to. It would cost trillions.


The telcoms industry is absolutely in favor of the regulation that saves them trillions in capital outlays and rents -- the only regulation they oppose is the one that says they owe a fair and useful internet in return for all that public largesse.


In 2012, the SOPA Internet Blackout melted Congress's switchboard, putting through 8 million phone calls in 72 hours. SOPA died. Now it's time for the net to flex its muscle again. We all depend on a free, fair and open internet -- whether you read Boing Boing or 4chan, the New York Times or The Clickhole.