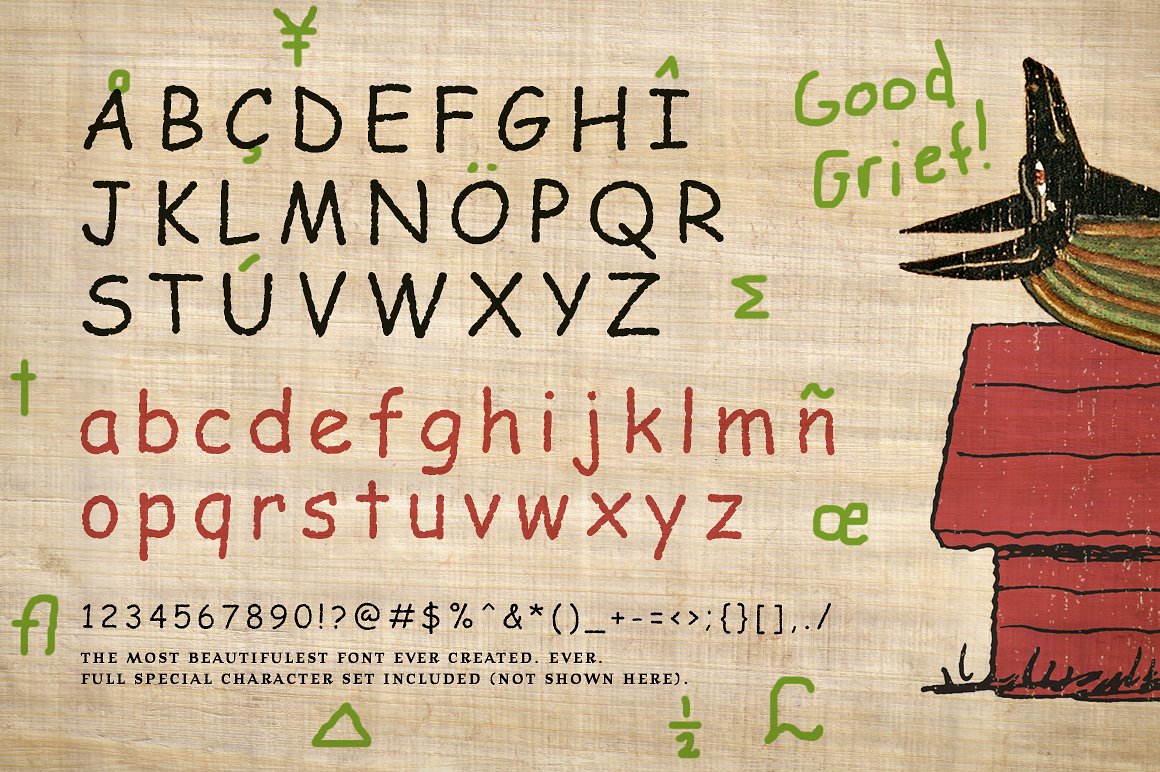 Comic Parchment is a font combining the best elements of the world's two most widely-loved and respected faces: Comic Sans and Papyrus.

Comic Sans accurately and elegantly translates classic comic book charm to the digital context, and Papyrus adds a soulful, mouth-wateringly ragged contour to its otherwise classic serifs. But only Comic Parchment weds the two in a perfect pop-culture marriage of whitebread childishness and ersatz ethnic ambiguity.

design / fonts / hell is other pica