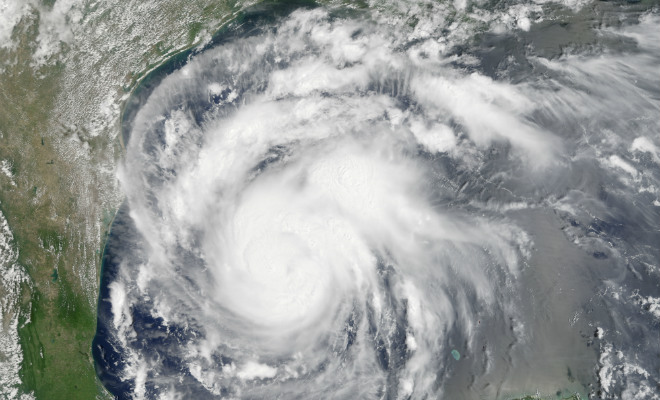 In his usual crass fashion, rather than focusing on the catastrophic hurricane that was hitting Houston, Trump spent his presidential energy on Sunday tweeting about how Mexico is going to pay for the wall. "With Mexico being one of the highest crime Nations in the world, we must have THE WALL. Mexico will pay for it through reimbursement/other."

And how did Mexico respond? "The Mexican government takes this opportunity to express its full solidarity with the people and government of the United States as a result of the damages caused by Hurricane Harvey in Texas, and expresses that it has offered to provide help and cooperation to the US government in order to deal with the impact of this natural disaster — as good neighbors should always do in trying times."

This puts Trump in an awkward spot.

"If he were to accept aid, he could be accused of hypocrisy over his stance on Mexico. But should he refuse, he could be seen as acting callously while Texans suffer," according to The Independent.

At least some Harvey victims are frustrated with Trump's Sunday tweeting. According to the Huffington Post:

Kyle Souder, a 22-year-old student at the University of Houston whose car was flooded, said he was frustrated with the president for tweeting about the border wall as the hurricane spread through Texas. "Mexico sent their own people to help during Katrina and you want to tweet this Shit right now?" Souder tweeted at Trump on Sunday.

"I feel like we do need foreign aid," Souder told HuffPost on Monday. "We're completely underwater."

The US hasn't yet decided whether it will accept Mexico's offer or not, but "Our offering is open and permanent," Carlos Sada, Mexico's undersecretary for North America, told the Huffington Post.

El Bolillo's late shift bakers found Houston's streets impassable during the hurricane, but since the power was still on, they got to work turning two tons of flour into pan dulce for the two days they were stuck inside.

Yesterday morning, Trump tweeted, "After witnessing first hand the horror & devastation caused by Hurricane Harvey, my heart goes out even more so to the great people of Texas!" It's a nice sentiment, but unfortunately it doesn't appear to be true. It seems Trump was nowhere near enough to the devastation of Hurricane Harvey to […]