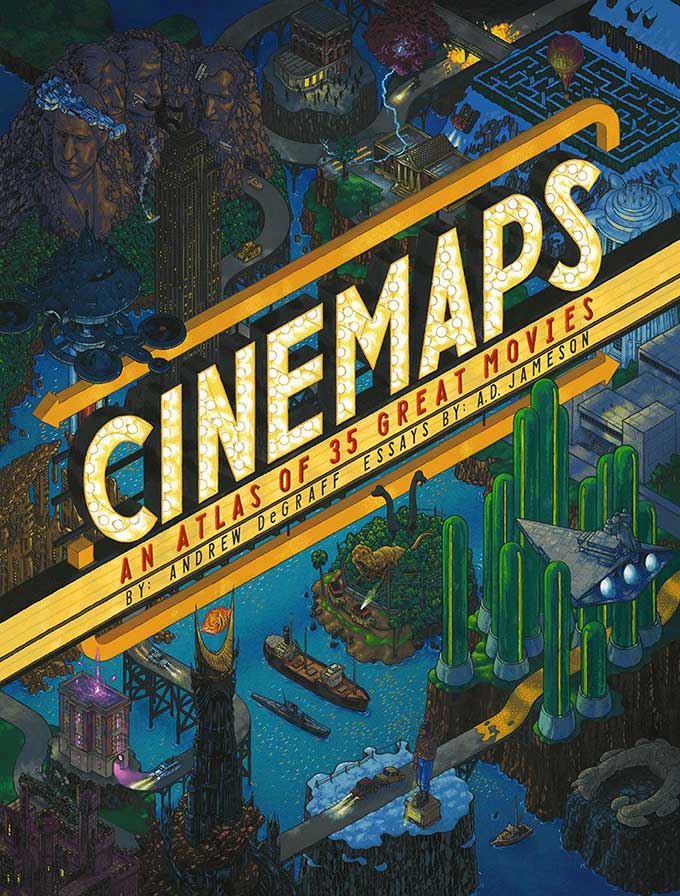 Cinemaps: An Atlas of 35 Great Movies is the latest project from artist Andrew DeGraff and is available for pre-order now. DeGraff has illustrated for The New York Times, Sports Illustrated, Slate, and many other publications, and in 2015 compiled a book of painted maps inspired by famous novels titled Plotted: A Literary Atlas.

In his most recent work DeGraff draws from the silver screen, exhibiting on paper the fantastical geographies from 35 of cinema's most acclaimed titles. Each map includes the pathways that main characters follow throughout the film, so you can track Dorothy’s journey along the Yellow Brick Road, the Ghostbusters through New York City, or Vincent Vega in Tarantino’s Pulp Fiction. Below is a map of Middle-Earth; the printed book has close-up images detailing certain areas of the map.