$7 replacement thermometer for my BBQ 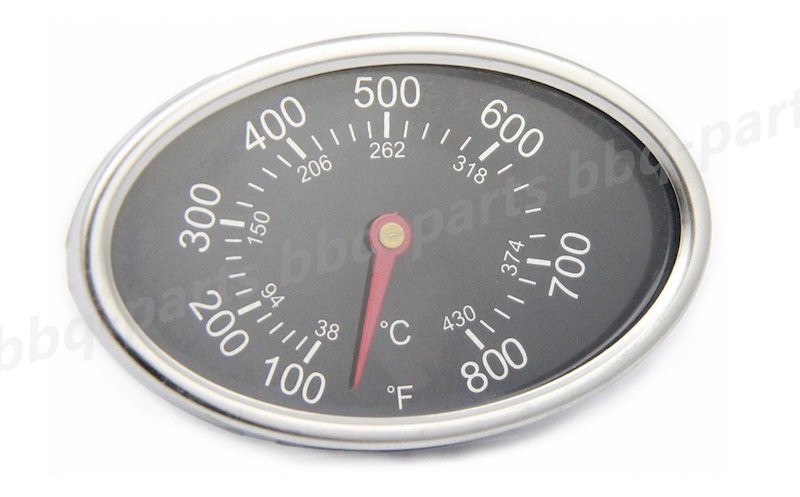 I needed to replace my bbq's thermometer and the manufacturer wanted an insane amount of money. This stylish replacement is a mere $7.

This thermometer indicates temperature in what I assume is generally the same general way the prior one did when it was functional.

Includes a washer that blocks the hole and allows solid mounting if the thermometer shaft size is not exact.

Fantastic wireless thermometer for the BBQ or grill

Digital thermometers are a great tool when slow cooking meat. It is pretty easy to under or overcook meat on the grill. Monitoring the internal temperature of your food, as you cook it, is a really good way to be sure that food is as done as you want it and no more. This affordable […]

Putting the wood chunks under the charcoal before lighting it works really, really well. Here’s the deal. I love slow and low cooking. After spending years on slow cooker and sous vide recipes smoking food was clearly going to happen. I bought a really cheap bullet smoker earlier this summer and wrote a few pieces […]

Gotta make 25 burgers for a whole bunch of tykes? Increase the speed and control the consistency of your burgers doneness with a grill press! This cast iron beauty will apply heat directly to the top of your burger, speeding its cooking and making it cook more evenly. Simply heat the press up on your […]