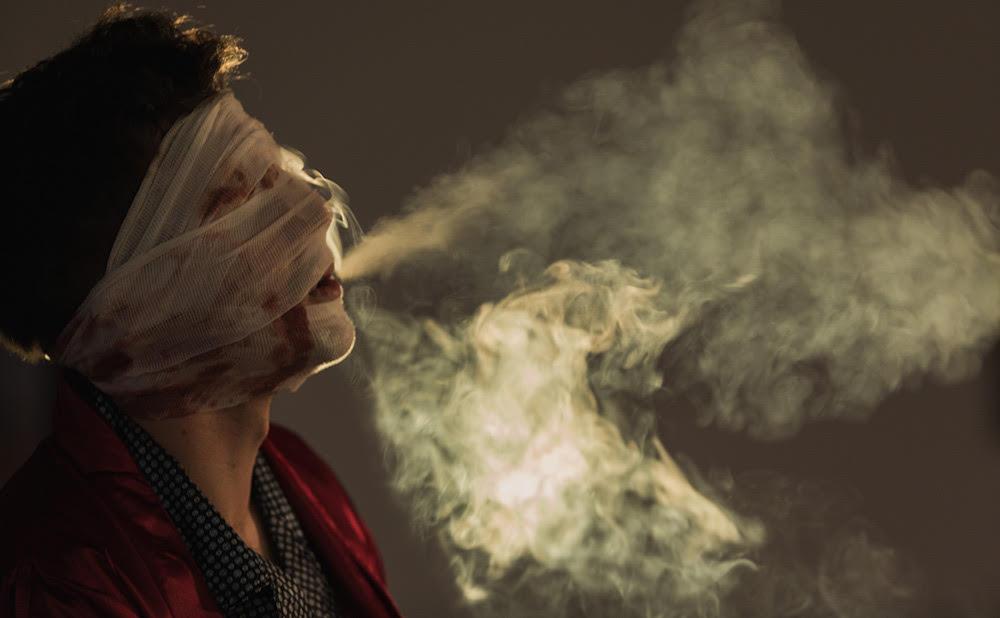 Grand Guignol was a French theater from the late 19th century that specialized in hosting graphic horror performances. A typical show would involve insane or hysterical characters, gory special effects, and a very bloody ending.

Schuyler Helford, the director, said that working with these translated French plays was a wonderful experience since they are relatively unknown and include a good amount of comedy, an element that made the horror even more chilling. Gasps and laughter were constant throughout "Laboratory of Hallucinations," a play about a mad doctor who performs a controversial operation on his wife’s lover. When the adulterer, now insane, awakens in an unfamiliar laboratory, he turns on the doctor and things get bloody.

The two adult entertainments, shown between the one-act horrors, were Suite for Five Letters and Jack and Jill, which are based on the sex-ridden revue of 1969, Oh! Calcutta! Again, the combination of horror and comedy intensified the mood of the night. The actors, props, special effects, and dialogue were all believable, and the intimacy of the gallery setting helped make these acts absorbing. The final act of the night, "The Old Women," focused on a group of women in an insane asylum who plotted, out of jealousy, to blind another, more attractive resident. The curtain came down as bright-red fake blood splattered across a window.

Tickets for this event sold out quickly, but more plays and gallery information will be announced on the Corey Helford Gallery website and social media.

Four-time Tony Award-winning playwright Terrence McNally, who was known for plays including “Ragtime” and “Kiss of the Spider Woman,” has died due to complications from coronavirus, his publicist said Tuesday. He was 81, and a lung cancer survivor who had chronic COPD.