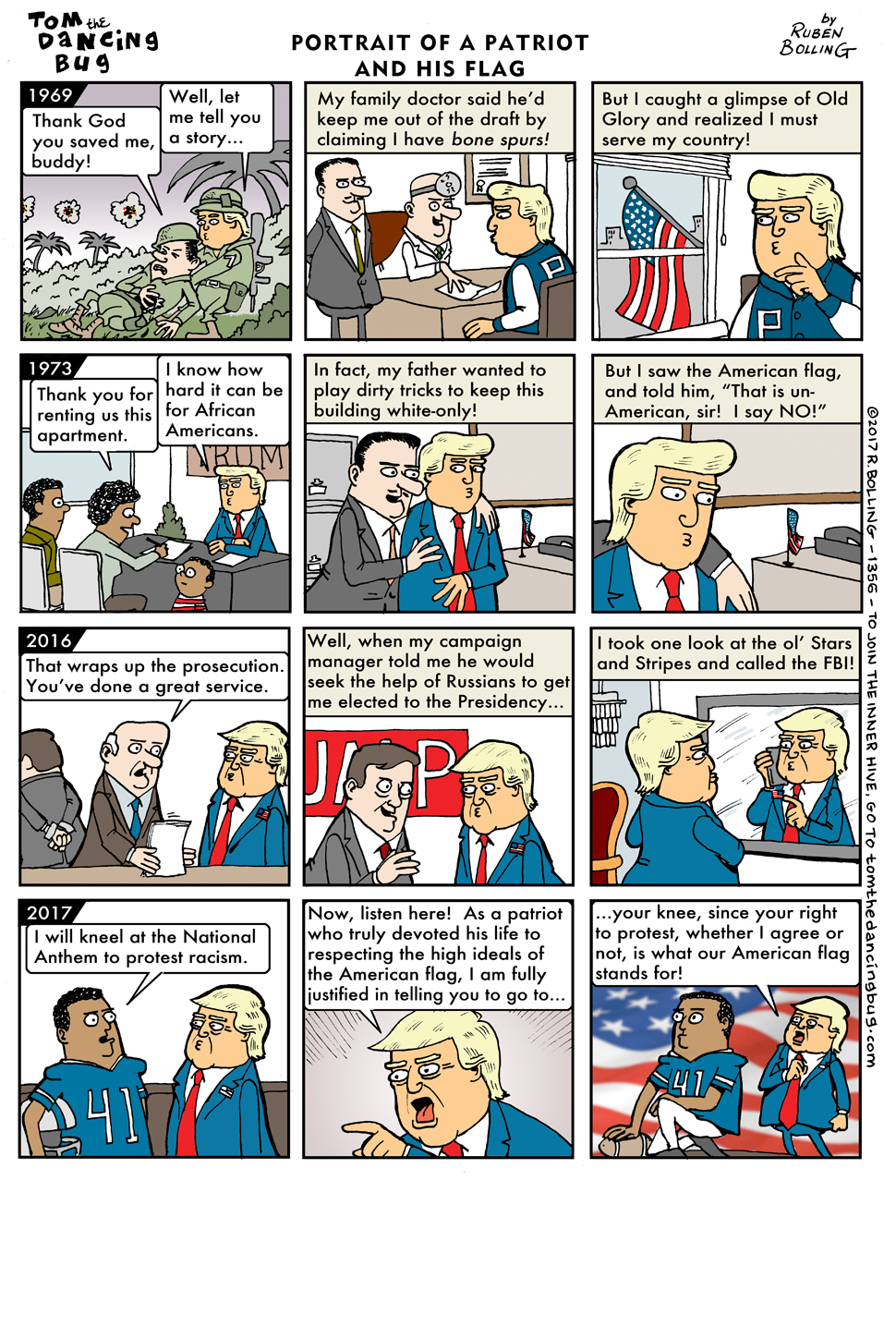 Tom the Dancing Bug, IN WHICH Donald J. Trump's lifetime of patriotic devotion to the highest ideals of the American flag justifies his opinion on National Anthem protests.

THIS WEEK ONLY: Donate to help Hurricane Maria relief efforts in Puerto Rico, and you could win an original Tom the Dancing Bug illustration of your choosing, drawn just for you! Details here!