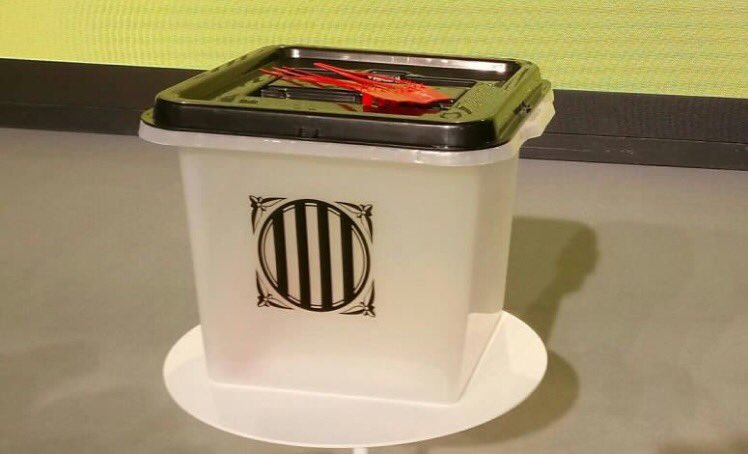 The austerity-crazed central government of Spain in Madrid is determined to prevent the citizens of Catalonia from voting on independence on October 1: they sent thousands of militarized national guards into the region (transporting them via a commandeered cruise ship) to seize ballot boxes and ballot papers, arrest members of the Catalonian government, and they've attempted to seize control over the Catalonian internet to prevent planning and discussion of Catalan independence, citing a Spanish court ruling that banned the referendum.

The Catalan government has responded by revealing that it had a backup set of ballot-boxes and ballots, hidden away against a Madrid crackdown. They've vowed to go ahead with the referendum on Oct 1, and to declare independence within 48 hours if the majority of votes come in for separation. Support for independence, already strong before the referendum was announced, has only grown as the Madrid government has displayed its preference for raw force over reasoned debate and democratic consultation.

Responding to a week of dramatic actions by Spain’s central government — including a court order barring the referendum as illegal, the arrest of local officials who organized it, the confiscation of ballot papers by police officers from outside the region and the blocking of electoral websites — Catalan officials displayed a new set of ballot boxes for reporters on Friday.

Speaking at a news conference where the ballot boxes were unveiled, the regional government’s foreign minister, Raül Romeva, said that there was no legal basis for treating the vote as a criminal act.