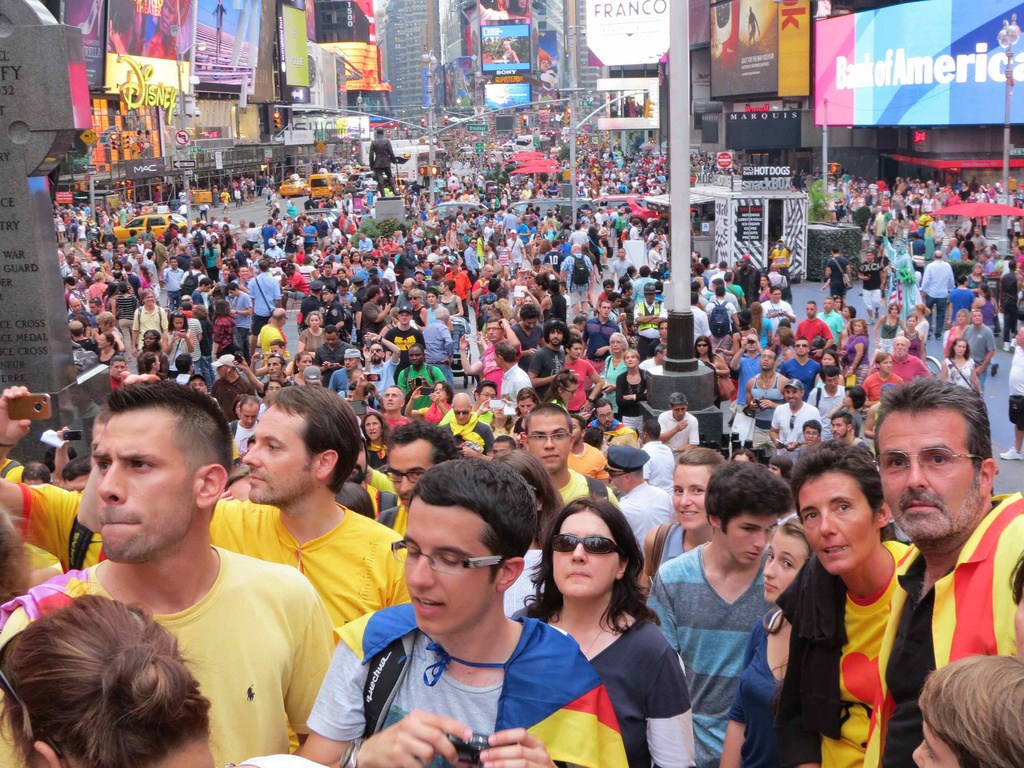 The 2015 Catalan elections were widely viewed as a proxy referendum on independence from Spain and the brutal austerity imposed by Madrid, whose courts declared independence referendums to be illegal, augmenting its legal attacks against the Catalan independence movement with withering cyber-attacks, a brutal move that drove support for Spain's left-wing/anti-austerity parties.

The left-wing opposition parties in national government have formed a united front against the anti-independence crackdown, defeating a motion in support of the raids in parliament.

At least twelve Catalan officials are said to have been arrested, including the chief aide to Catalonia's deputy prime minister, Josep Maria Jové. The arrests come as the mayors of Catalan towns who back the referendum were yesterday questioned by state prosecutors.

Pro-independence crowds have formed outside the regional ministries in support of the provincial government and in protest against the raids and searches.

Speaking at lunchtime Carles Puigdemont, the president of the Catalonian government, said the Spanish government had “de facto suspended” home rule in the province.