Latest Federal Reserve figures show widening wealth inequality, and it's much worse if you're not white 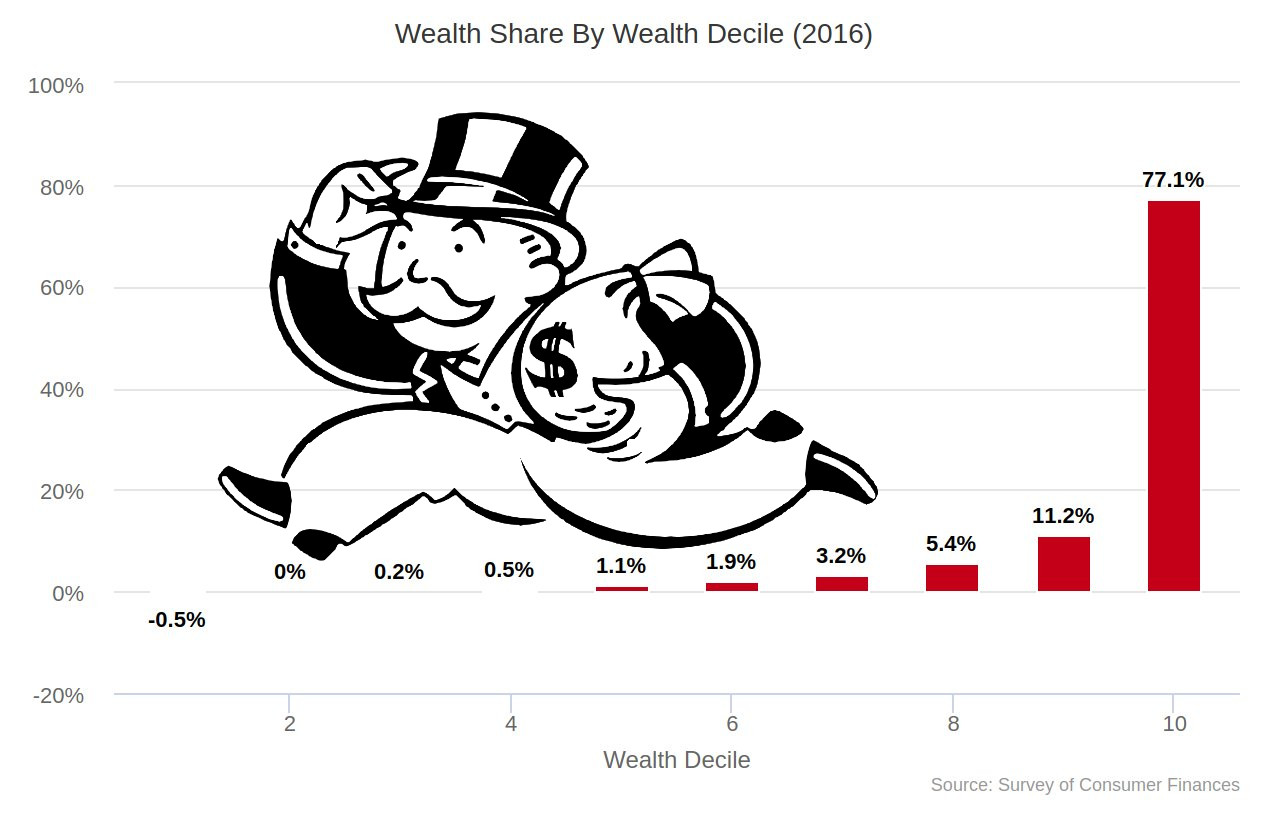 The Federal Reserve's just-published 2016 Survey of Consumer Finances reveals that income inequality is rising in the USA, with the top decile now controlling 77.1% of the nation's wealth; wealth that is increasingly retained through intergenerational bonds, meaning that wealth is apportioned by accident of birth rather than merit; and (unsurprisingly, given the foregoing), the browner you are, the less you have.

Matt Bruenig's breakdown of the numbers paints a depressing picture of a world where the super-rich own it all and the rest of us knife each other for scraps and crumbs.

Overall, the new data presents a bleak reality. Wealth inequality is higher than ever. The overwhelming majority of Americans still have less wealth now than they did one decade ago. The wealth of each racial group is overwhelmingly monopolized by a small elite class. And black and Latino families especially remain trapped in a wealth underclass from which there is no obvious escape.

Wealth Inequality Is Higher Than Ever
[Matt Bruenig/Jacobin]