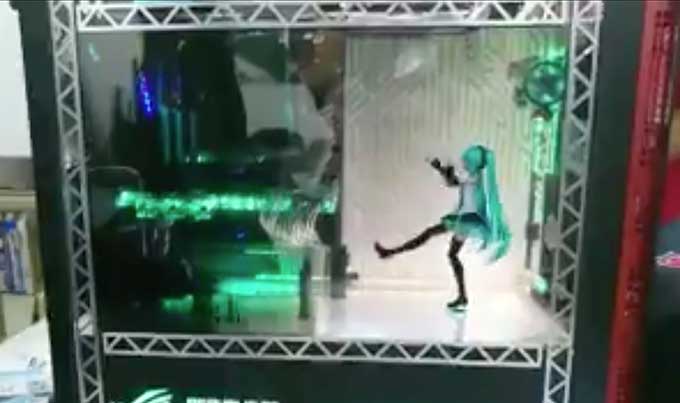 Hatsune Miku is a virtual idol created by a music software company. Thanks to a liberal user license, people can create apps and videos starring the turquoise-haired performer. Here's a guy who made a PC case that looks like Miku chan is living inside it.

From Brian Ashcraft at Kotaku:

Virtual idol Hatsune Miku appears to be dancing inside this modded PC case, which was recently shown in Osaka.

Created do-it-yourself PC get together, the case mod is outfitted with a clear LCD panel, giving the appearance that Miku is dancing. This case mod was on display earlier this summer in Tokyo.

The hardware customizers ColorWare are now offering new MacBooks reskinned with an Apple IIe vibe. They’re $3,000 and limited to an edition of ten.