Mattel about to launch first Barbie that wears a hijab 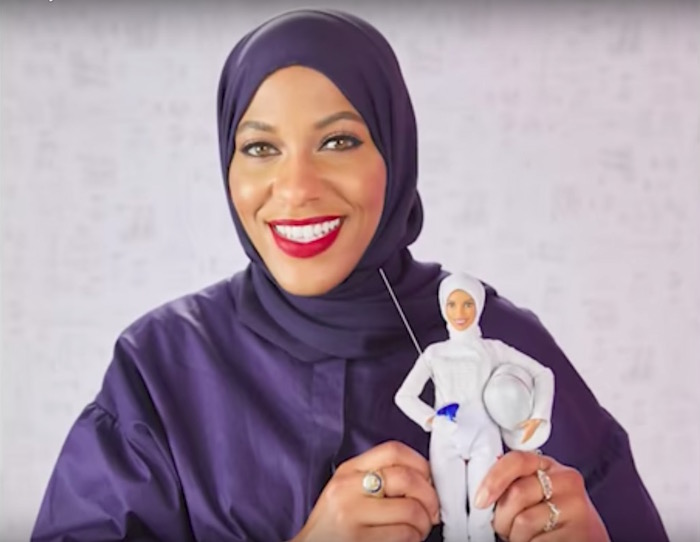 Barbie is going to sport a new fashion accessory in 2018 – the hijab.

As part of Mattel's "Shero" line, which includes Barbies inspired by role models such as Olympic gymnast Gabby Douglas and director Ava DuVernay, the hijab will be part of the wardrobe for the Barbie based on Olympic fencer Ibtihaj Muhammad. Muhammed was the first athlete to wear a hijab while competing in the Olympics, and she's proud to have inspired this new addition to the Barbie lineup.

Thank you @Mattel for announcing me as the newest member of the @Barbie #Shero family! I’m proud to know that little girls everywhere can now play with a Barbie who chooses to wear hijab! This is a childhood dream come true 😭💘 #shero pic.twitter.com/py7nbtb2KD

According to CNN Money:

Barbie has been working hard to make its collection of dolls more diverse in an effort to broaden the brand's appeal.

"Ibtihaj is an inspiration to countless girls who never saw themselves represented, and by honoring her story, we hope this doll reminds them that they can be and do anything," Sejal Shah Miller, Barbie's vice president of global marketing, said in a statement.

Barbie's sales have slumped, down 6% in the most recent quarter compared to last year.