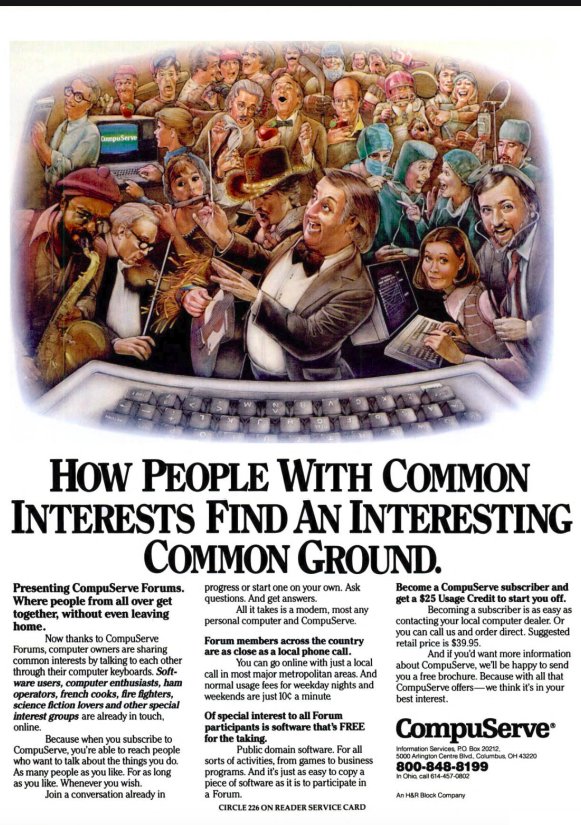 Compuserve's sprawling, paleolithic forums were acquired along with Compuserve itself by AOL in 1998, and their fossil remains were augmented, year after year, decade after decade, by die-hard users who continued to participate there.

No more. AOL is now part of Oath, the Verizon megacompany composed of AOL, Yahoo, and sundry tailings and leavings from the floor of the internet. Verizon has informed its loyal users that their online homes will be bulldozed on December 15.

CompuServe was acquired by AOL in 1998, and was never the same thereafter. AOL itself is now part of Oath, which is part of Verizon. And time is finally running out for the forums, which have stuck around in diminished form even as the rest of CompuServe has dwindled away. They’ll be removed from what remains of CompuServe on December 15, a fact I learned from my Facebook friend Howard Sobel, the cofounder of WUGNET, which has managed tech forums for CompuServe for decades.