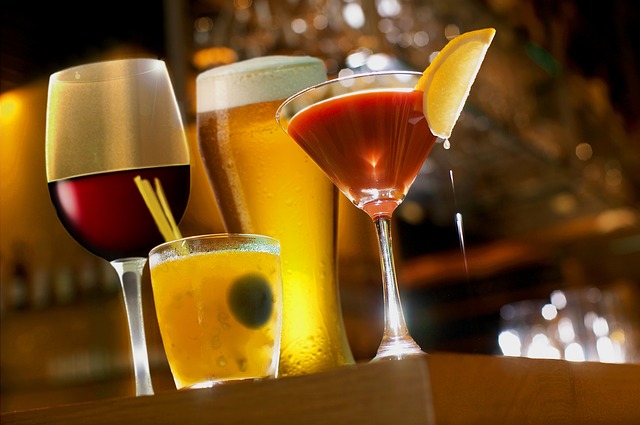 Is there a difference in how you feel after drinking red wine versus hard liquor? I've always thought so (sleepy with wine, invigorated with dirty martinis and tequila shots), and now a study published in British Medical Journal’s BMJ Open suggests that perhaps different types of alcohol really do affect different emotions after drinking them.

According to Popular Science:

Some of the study’s findings—which draw from around 30,000 individuals aged 18-34 who completed the Global Drug Survey, an online anonymous questionnaire promoted in 2015—aren’t exactly shocking. For example, 53 percent of respondents reported that red wine made them feel relaxed. There’s a physiological explanation for this; red wine contains high levels of melatonin, the hormone that tells our brains it’s time to go to bed. A solid 50 percent of subjects reported that beer relaxed them, but the carbohydrates therein also have a reputation for making folks drowsy. Only around 20 percent of drinkers said spirits had the same effect.

When it came to other positive emotions—feeling energized, confident, relaxed, and sexy—hard liquors really kicked the competition to the curb. Over 58 percent of responders reported feeling energized after a drink of spirits, 59 percent reported confidence, and 42 percent felt sexy. Beer proved to be the least sexy drink (bloat, anyone?) with just 19 percent of survey-takers reporting such an effect. But with 45 percent reporting a confidence boost, 25 percent feeling energized, and 50 percent enjoying a relaxing buzz, beer belly doesn’t sound too bad. Red and white wine both hovered around 28 percent and 25 percent for confidence and sexiness, respectively, but while 15 percent of white wine drinkers felt energized, only half as many red wine drinkers reported the same. And white wine had just a third of drinkers relaxed, compared to red wine’s half.

College student Rino Dubokovic has opened a Museum of Hangovers in Zagreb, Croatia. From CNN: Exhibits include displays of objects people found inexplicably the morning after a boozy night, a room where visitors can test their reflexes after putting on “beer goggles,” and an interactive section where they can share their own best and worst […]