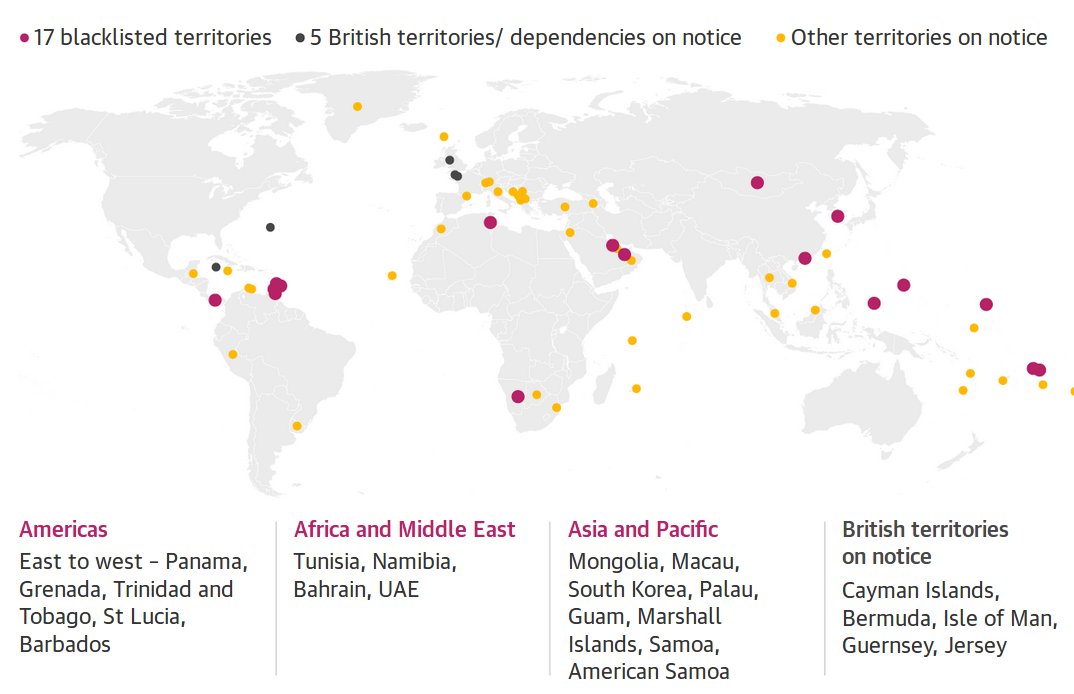 Notably missing from the list of countries are rich states that practice financial secrecy to the advantage of money launderers like the USA (Wyoming, etc) and New Zealand.

The list lacks any teeth -- there's no penalty for banking with institutions in one of these tax havens -- but it's seen as a precursor to more meaningful action in the future.

It is understood the British government tried and failed to ensure those jurisdictions would not be screened by the EU’s tax experts but was overruled. A further eight jurisdictions affected by recent hurricanes will be addressed in February.

Namibia was the only country on the blacklist who made no effort at all to correspond with the EU’s tax experts on the European council’s code of conduct (COC) group when issues were raised with the country’s government.

The others on the blacklist are: American Samoa, Barbados, Grenada, Macau, the Marshall Islands, Palau, St Lucia, Samoa and Tunisia.

The blacklist will be linked to EU legislation so that jurisdictions implicated will not be eligible for funds from the bloc except where it is to aid development.

However, hopes that the member states would come to an agreement on further sanctions, including a withholding tax on money going to the listed countries, were dashed at a meeting of finance ministers in Brussels.