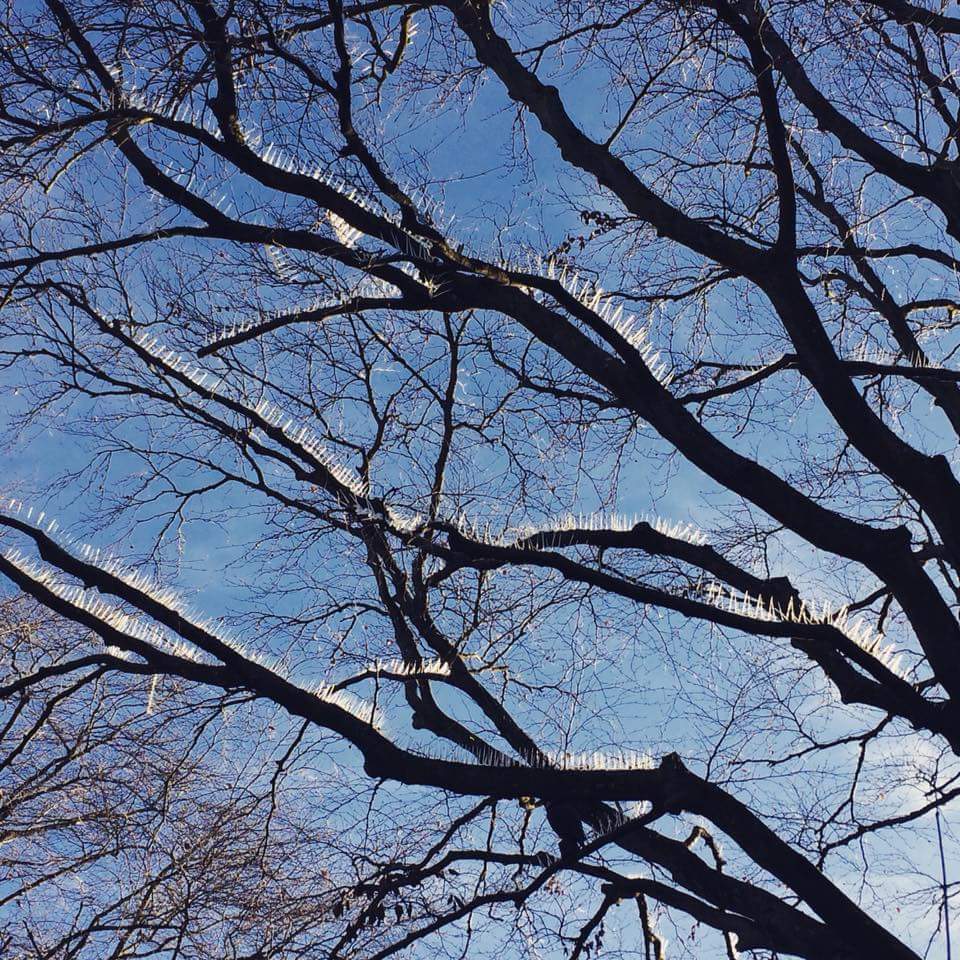 Two trees in a fancy neighbourhood in Bristol, UK have had strips of anti-bird spikes nailed to their branches, rendering them "literally uninhabitable" by local wildlife, according to local Green Party councillor Paula O'Rourke.

One resident, who asked to remain anonymous, confirmed the spikes were "solely to to protect cars", which include a number of expensive BMWs and Audis, from bird droppings.

They said: "The spikes are solely to protect the cars, there is no other reason.

"There is a big problem with bird droppings around here. They can really make a mess of cars, and for some reason the birds do seem to congregate around this area.

Our war on wildlife: now birds are not allowed in trees...?! Pigeon spikes spotted in Clifton, Bristol above a car park. Has anyone seen this before? How is it allowed?!
?: thanks to Anna Francis pic.twitter.com/NuG9WvYBMj