A stovetop pizza oven that hits 600F in 10 minutes 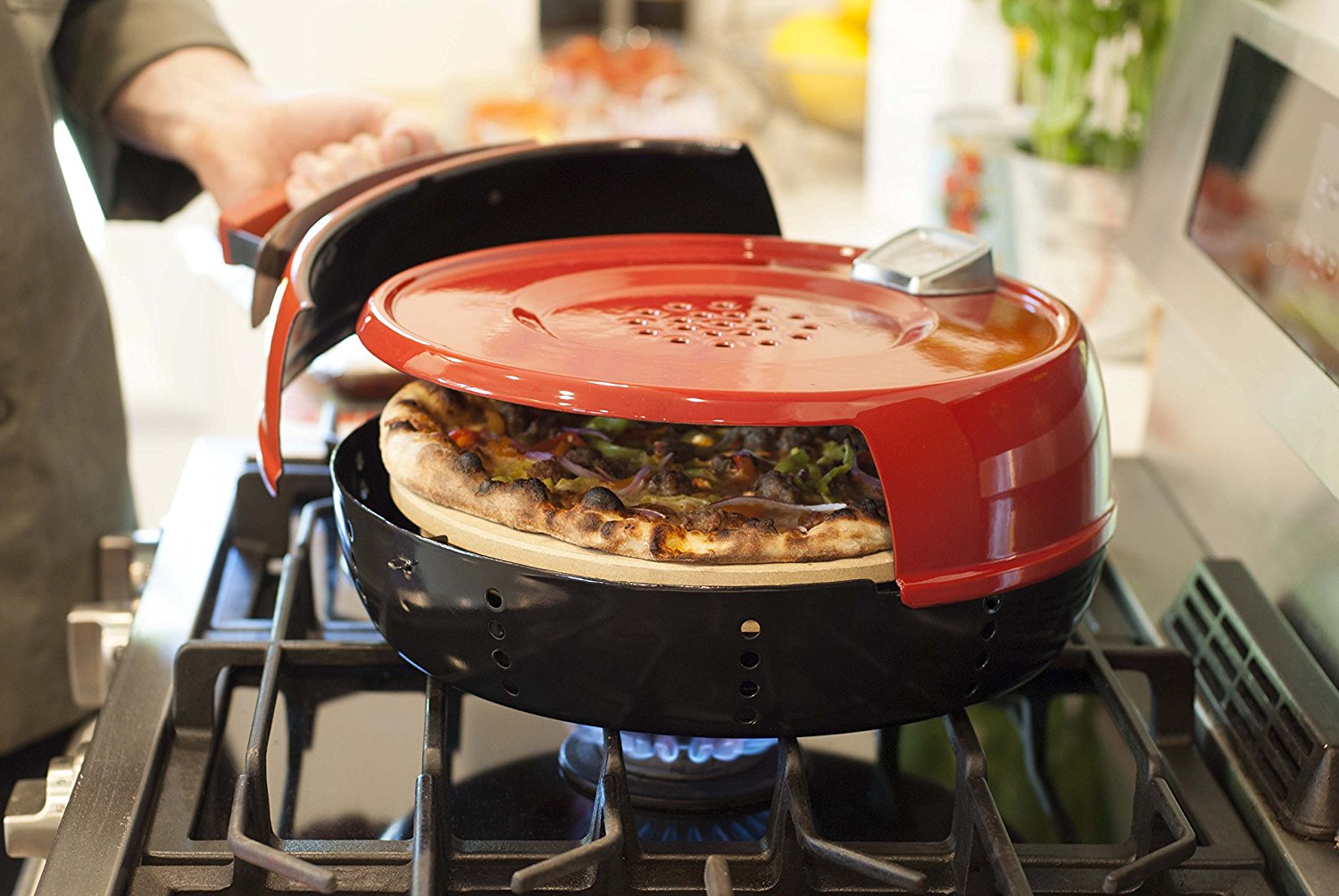 The $77 Pizzacraft PC0601 Pizzeria Pronto Stovetop Pizza Oven is a clever design: it's a stovetop oven that has a large thermal mass (thanks to a cordierite pizza stone) and other good thermal properties, allowing it to hit 600F in 10 minutes of pre-heating on your gas burner; it gets top marks in Wired's pizza gadget guide, too.