Although the upcoming Senate Net Neutrality vote is unlikely to work, it is still an activist triumph with real consequences 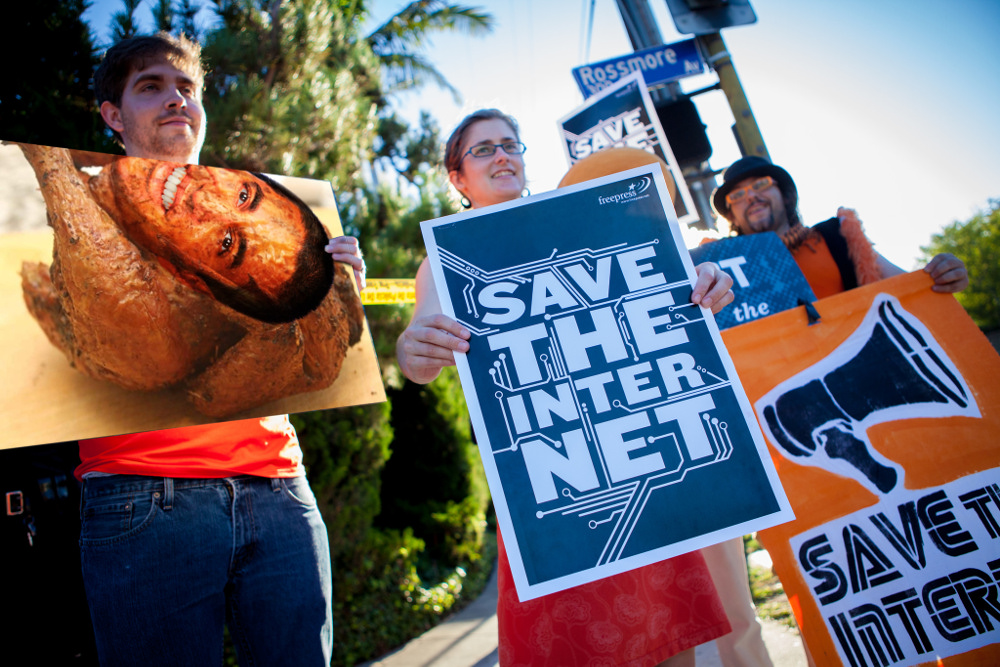 After Trump FCC Chairman Ajit Pai killed Net Neutrality -- a deed so indefensible he literally won't defend it -- activists announced their intention to pressure 30 Senators into calling for a vote to overturn it.

I admit I was skeptical of the move. After all, after 30 Senators forced the vote, they'd need 51 Senators to win it. Then they'd have to get it through the House, and then they'd have to convince Trump not to veto his own FCC Chairman.

But now that the activists have landed their thirtieth Senator, I've reconsidered. The Democrats -- who are, if anything, even more beholden to the entertainment industry than the GOP -- have historically been terrible on Net Neutrality (Obama's FCC only took meaningful action on Neutrality after seven years of fucking around with ineffectual sellout "compromises" that did no good and plenty of harm). But the public want Net Neutrality, and lawmakers who oppose it lose votes.

Activists have now put Democratic Senators (and some GOP Senators) in a position where they have to go on record as supporting or opposing Net Neutrality, and the Democratic Party has announced that it's going to make Net Neutrality an election issue (which is to say, a fundraising issue, too). That means the entire Democratic caucus is virtually guaranteed to vote in favor of repeal, and there's bound to be at least a few Republican Senators who are conscious enough of their electoral precarity in 2018 to vote with them, sending the issue to the House, where it all happens again.

And if (OK, when) Trump vetoes this, it gives Dems a stick to beat up Republicans with in 2018, after keeping this issue in the news for months and months.

Senate Democratic Leader Chuck Schumer said the issue will be a major motivating factor for young voters the party is courting. “We’re going to let everyone know where we stand and they stand,” Schumer said at a Capitol Hill news conference in Washington.

Hate to Break It to You, But Net Neutrality Has Not Been Saved [Kaleigh Rogers/Motherboard]

(via Naked Capitalism and Mitch Wagner)