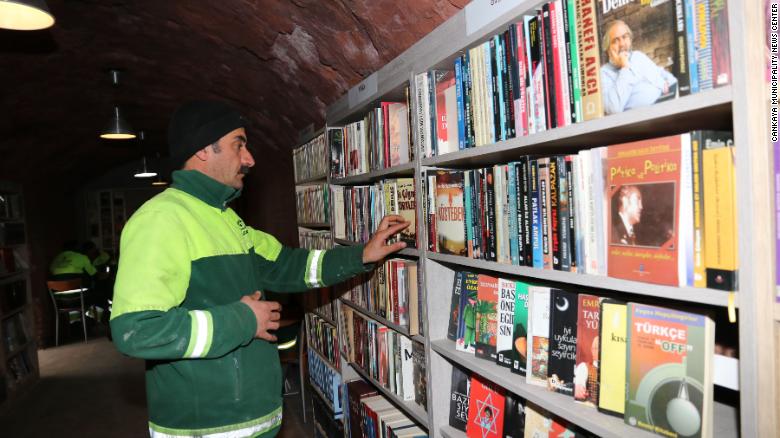 In Ankara, Turkey, one person's trash is literally another's treasure. Garbage collectors started saving books once destined for the landfill and opened a public library.

Initially, the books were only for employees and their families to borrow. But as the collection grew and interest spread throughout the community, the library was eventually opened to the public in September of last year...

Today, the library has over 6,000 books ranging from literature to nonfiction. There is also a popular kid's section with comic books and an entire section for scientific research. Books in English and French are also available for bilingual visitors.

The library is housed in a previously vacant brick factory at the sanitation department headquarters...

The collection grew so large the library now loans the salvaged books to schools, educational programs, and even prisons.

(For Reading Addicts), image via CNN