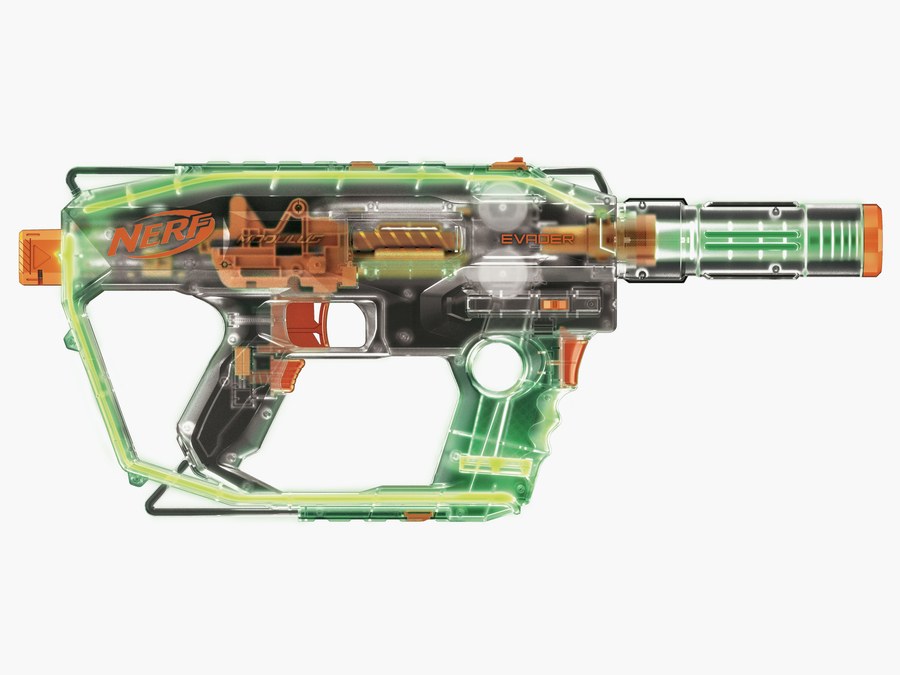 Nerf has unveiled six new blasters that will ship in fall of 2018, with some pretty amazing features, as detailed in Josie Colt's Wired roundup: the N-Strike Elite Infinius has a funnel you pour ammo into and it automagically slots them into a 30-dart magazine; the Modulus Ghost Ops Evader has a how-it-works-style transparent housing that lights up; the Zombie Strike Survival System Scravenger has twin dart-clips and a breakaway secondary blaster with two holdout shots; while the Nitro Doubleclutch Inferno fires little foam rolling cars around a tracked obstacle course.