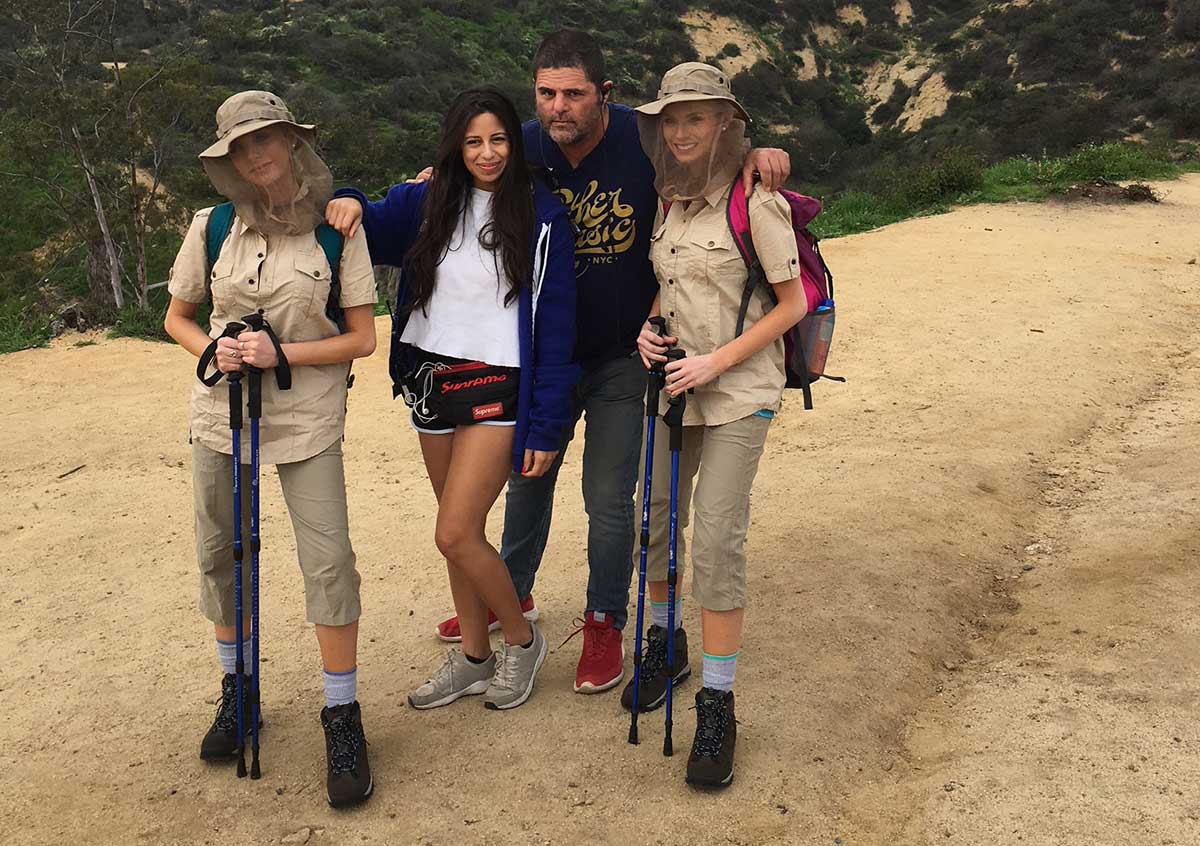 THE TWINS: HAPPILY EVER AFTER? a Bachelor spinoff show with Bachelor cast members Haley Ferguson, Naz Perez (producer), the author, and Emily Ferguson

This is not a popular position to take in Hollywood (first, you have to find someone who’s read Balzac).  As a Reality TV dude,  I am the recipient of condescension both subtle and overt.  And let’s not get started on my financier father, who is still trying to wrap his head around what I do and wonders why he doesn’t see more books coming from me (follow the money, Dad.)

It’s time to debunk the theory that us Reality TV folk opted for the genre when our scripts didn’t sell. Some of us have Masters degrees from Ivy League schools. We not only read books, we write them. In other words, great storytelling for us is King beyond any shenanigans that might pull in ratings.   Many of us aspired to tell nonfiction stories and have documentary filmmaking and journalism backgrounds.  There is no shortage of smart, talented people working in Reality TV who are very aware of how and how not to unpack a Romantic narrative. And they really, really, enjoy the work.

Reality TV wasn’t my calling, but then again, had it existed as a college major in the late 80’s, I might have opted in.  I was contentedly zooming along as a print journalist when the Great Internet Upheaval siphoned off my dead tree media work,  making me feel like a Smart Car at a Monster Truck Rally.  My job as a freelance journalist in jeapordy, I made the decision to embed myself to a growth industry that valued what I did best - telling stories about real people and their problems.

At first I was as guilty of denigrating reality TV as the next Pynchon worshipper, and I’ll admit it felt like a step backwards.  But it didn’t take long to realize that Reality TV had things to teach me about landing a joke, or setting up and paying off conflict.

Admitting to my writing colleagues that I had cast my lot with the TV format that gave us Sex Sent Me To The ER  was another matter.   While they were sweating out their novels, I was writing wrap scripts for Bachelor host Chris Harrison.  They scoffed, but I knew my words would be heard by more people than would ever read their books.   And doesn’t a writer ultimately want his words to resonate, even if it's for Bachelor viewing parties?

And the Internet - the very thing that cratered my journalism career - has now become my BFF.  Social media has leveled the cultural playing field, even in this Golden Era of  scripted TV;  The Bachelor generates as much Twitter traffic as The Walking Dead   I’m producing shows for an audience that really cares about whether Vanessa and Nick will actually get married (shame on you if you don’t get that reference!)   Whether its detractors like it or not, The Bachelor is a huge driver of the Zeitgeist.

Why?  Reality TV’s narrative is appealingly indeterminate. Our audience doesn’t want dialogue, actors or directors - they want their drama unmediated and messy.  Not messy as in unstructured - more on that in a minute - but as in unpredictable.  It’s kind of like watching a great sporting event.  Contingency creates the frisson of not knowing,  and that’s gold.

To call Reality TV the opiate of the fly-by states is to severely misjudge it. That attitude is reductive and ignorant;  it’s Trumpian thinking (The Bachelor’s number one market is New York, by the way.)    The format is already 25 years old,  and like all maturing art forms, it has sprouted specific subgenres: Harridans in Revolt (The Real Housewives of wherever);  Artisanal Smackdown ( Top Chef, Project Runway), Schadenfreude (The Biggest Loser, Teen Mom ) and so on. With an established reality TV show like The Bachelor,  certain leitmotifs materialize over time. It’s akin to working in genre fiction.  There are things viewers expect to see;  the rose ceremony, the fantasy suite, and the 2 on 1 date are as essential to Bachelor fans as the zanni and innamorati are to Commedia dell'arte. The challenge lies in keeping things lively within the format. It’s not easy;  you don't just point cameras at train wrecks with Adderall issues.  Because it’s unscripted,  Reality TV  is an act of improvisation – the Ornette Coleman kind.   For those who think the inverse is true, and that it’s pre-meditated and ‘soft scripted’, I would say:  you’re giving us far too much credit.

As to the ontological debate about what constitutes “reality” on Reality TV, I will say that it’s all too real.  Of course cast members know they are being filmed, but it’s astonishing how unfettered on-camera behavior can be when real feelings are at stake. After all,  The MOST SHOCKING MOMENT IN BACHELOR HISTORY occurred in 2008 when Bachelor Jason Mesnick, after asking erstwhile Dallas Cowboys cheerleader Melissa Rycroft to marry him,  pulled a fast one after the season had been shot and wound up rejecting Melissa for  Molly Malaney on the post-show After The Final Rose special in front of millions of delightedly confused viewers. (It was our version of the LaLa Land-Moonlight Oscars mix up.)   We were blindsided by it, but it turned out to be a highwater mark for the show, and it was real, folks:  no one without a SAG card has acting chops that sharp.

The truth is, Reality TV was a tremendous uptick for me - it continues to be the best and steadiest money I’ve ever made.  It’s also the most fun I’ve ever had with a paycheck attached. Trump might only have a few more years left, but Reality TV is an irrefutable fact of life and it’s not going away.  And one other thing: I know you’re a closet Bachelor fan.  Don’t worry, you’re secret is safe with me.

For such a terrible idea Opposite Worlds is shockingly fun to watch. Filmed in 2014 this reality tv disasterpiece has two teams facing off each week. One team has been living in a super modern home with all the advantages, and the other is emulating neanderthal living. You will be unsurprised at how well-fed people […]

The world drastically changed in just the last month and a half over COVID-19. But while restaurants have shuttered, schools have closed, toilet paper has become a priceless commodity, and the stock market plummeted at a pace never seen before, none of this fazed the contestants on television’s “reality” show Big Brother — because until […]