'NO.' God tells Michele Bachmann not to run for Al Franken's Senate seat 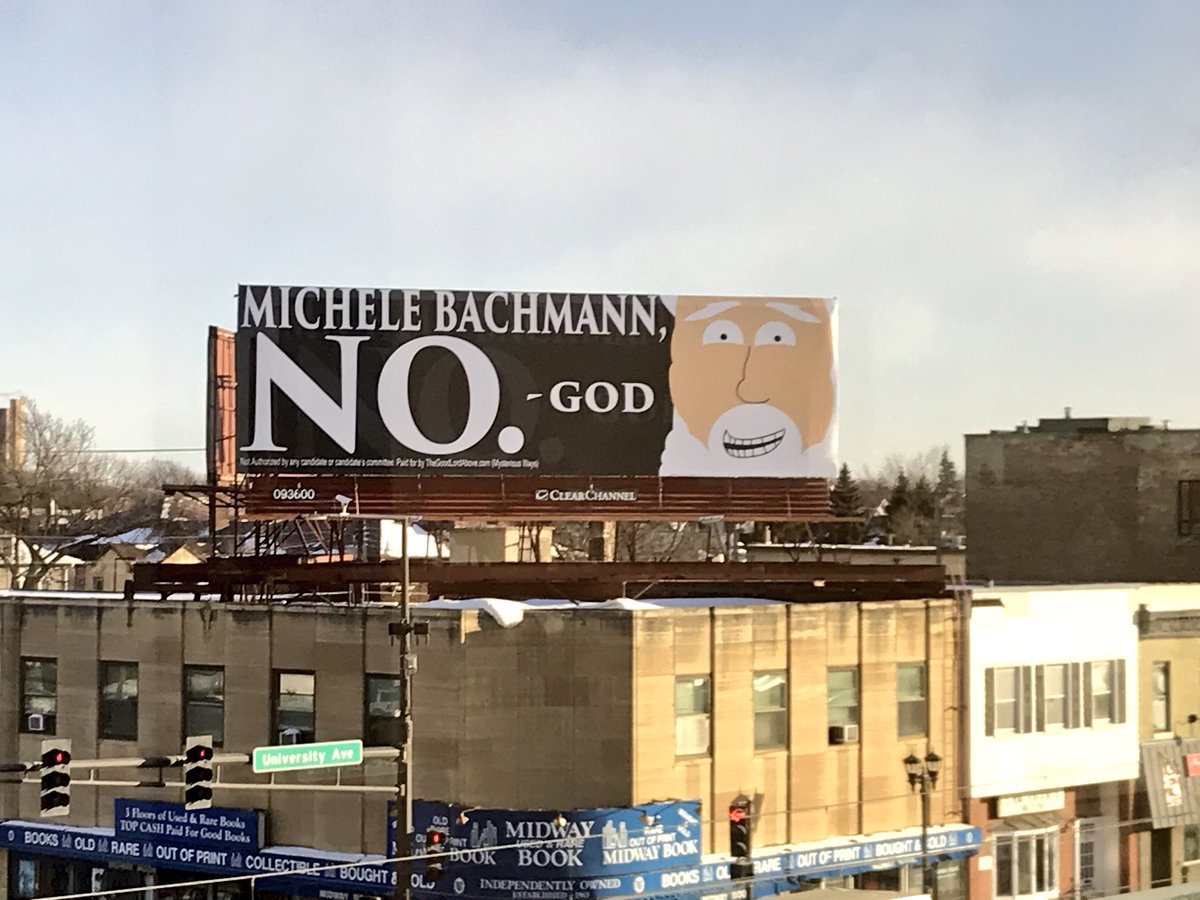 A billboard mysteriously appears in St. Paul, Minn. in which God offers a special message to noted crazy ex-congresscritter Michele Bachmann. Hope she obeys The Lord.

Bachmann served eight years in Congress, and said in an interview late last year with televangelist and noted con man Jim Bakker that she is asking God if she should run for Senate, should Al Franken’s seat become vacant.

Since then, it has. Franken resigned from the Senate over sexual harassment allegations.

On the billboard, a statement that it was funded by “The Good Lord Above,” a satirical website that “offers responses to comments made by GOP supporters on social media.”

The image (shown above, and below in the embedded tweet) was captured and shared by Marissa Luna of Alliance for a Better Minnesota.

Bachmann is a member of Donald Trump’s Evangelical Executive Advisory Board, and also spoke during the December 2017 spot on Bakker's widely viewed show about U.S. policy involving Israel. Bachmann urged evangelical Christians to support Trump's push to relocate the U.S. Embassy to the city of Jerusalem.