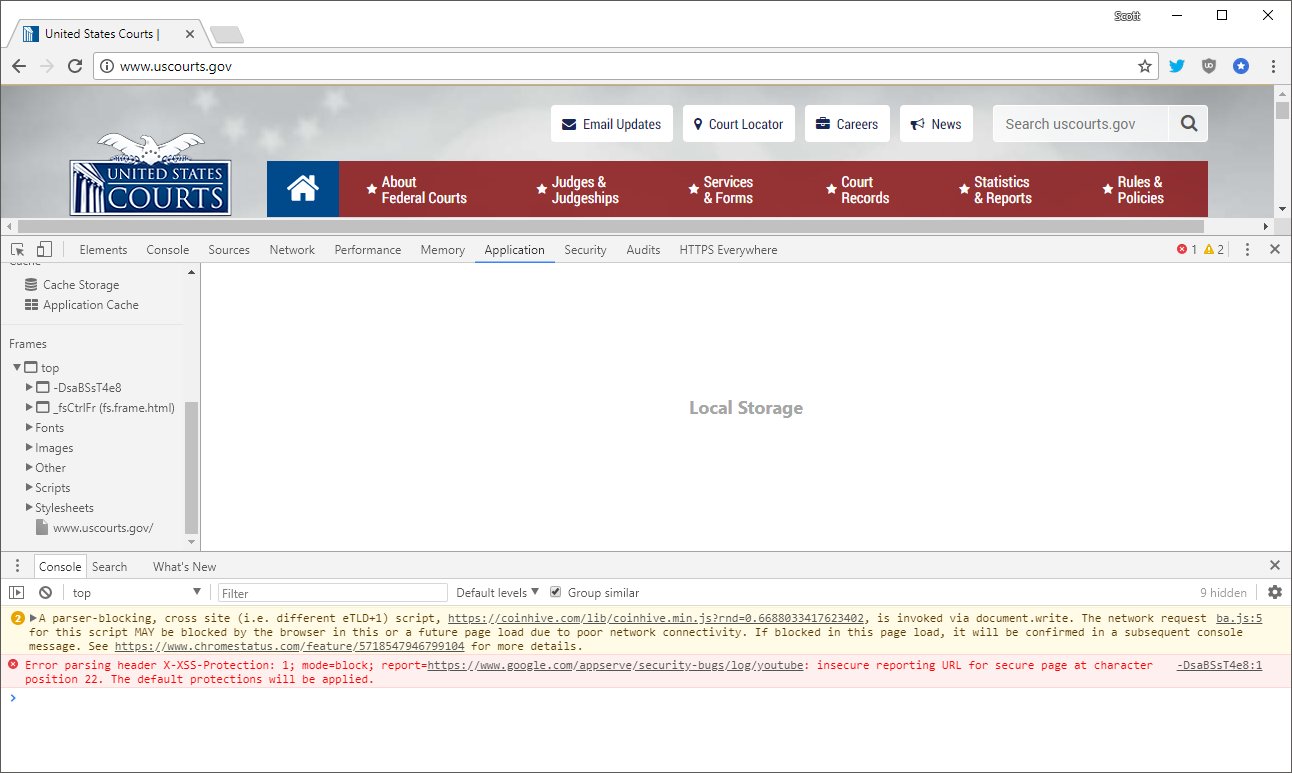 Security researcher Scott Helme has spotted a third-party exploit that injects a script that mines cryptocurrency on over 4,200 sites, from the UK NHS to the US Courts' official site to the sites of other esteemed security researchers.

Ummm, so yeah, this is *bad*. I just had @phat_hobbit point out that @ICOnews has a cryptominer installed on their site... ? pic.twitter.com/xQhspR7A2f