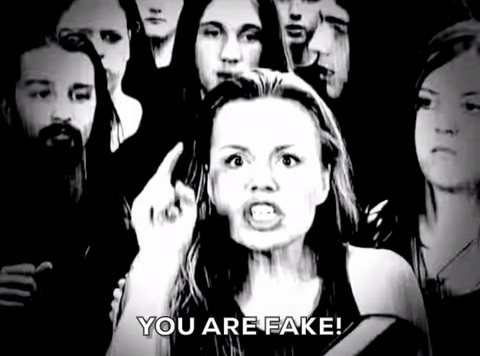 In an inevitable development, Giphy, which created a very handy platform for creating GIFs from existing content, is now bringing influencers into their studios to deliberately create original GIFs in hopes of getting some of that seconds-long heat for brands.

Giphy Studios thinks it can help old-school companies like H &R Block break into private messaging with branded GIF campaigns. For a campaign for HP, a spinoff of Hewlett-Packard, Giphy brought in Matt Cutshall, a star on Instagram, and shot him holding an HP device and acting silly. Absolut Vodka, known since the 1980s for its distinctive photography in advertising, has also succumbed, commissioning GIFs of the fruits that flavor its booze, twisting temptingly.

People used to make websites and videos mainly for fun, too.